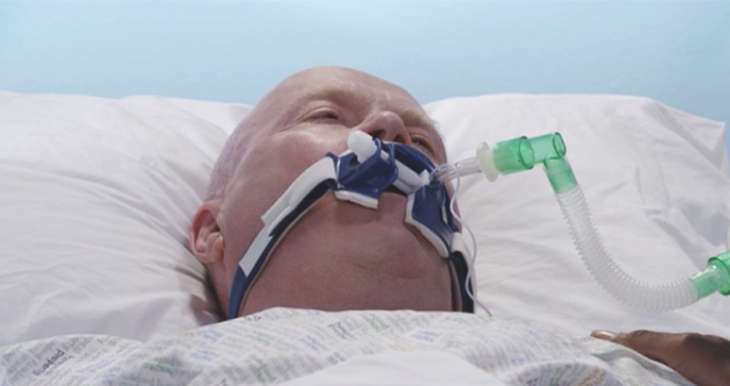 Based on the new short spoilers released by “EastEnders,” it’s been revealed that Phil Mitchell (Steve McFadden) will be returning home on August 19, after recovering in the hospital following his brutal attack.

This could spell disaster for Keanu Taylor (Danny Walters), whom Ben Mitchell (Max Bowden) framed as the one responsible. But it could also mean bad news for Ben.

Viewers may recall that Phil was left fighting for his life after Stacey Fowler (Lacey Turner) hit him from behind with a wrench as she tried to save Martin Fowler (James Bye) and Kat Moon (Jessie Wallace) from him.

EastEnders Spoilers – Plans Changed When Ben Mitchell Walked In On Them

Stacey and Martin thought of coming clean and calling the police but their plans changed when Ben walked in on them and found his dad on the ground, bleeding to death.

Instead of helping Phil, Ben threatened Kat, Stacey, and Martin and sent them away. He said he’ll take care of the crime scene. Although Martin thought of taking the blame for Stacey, the pair ran away and left Walford.

As Ben managed to force the real culprits Martin and Stacey away, he comes up with a plan to frame Keanu for his father’s attack. But that’s not all. He had other sinister plans in mind. He tried to tamper with Phil’s life support.

EastEnders Spoilers – Phil Mitchell Had Woken Up While They Were Talking

Fortunately, his best friend Jay Brown (Jamie Borthwick) came just in time to stop him from making the biggest mistake of his life. The pair started to argue and Ben ended up punching Jay in the face. Jay got through to Ben finally and Ben started to apologize to the unconscious Phil for everything he had done.

Jay and Ben were shocked when the nurse told them that Phil has woken up at some point during their visit. Now, Ben is worried as to how much of their conversation did Phil overhear.

If he heard everything, then Ben is definitely in danger. But if he didn’t, Ben still has the chance to manipulate Phil and convince him that it was all Keanu’s doing. But will he be successful at framing Keanu for the crime? Or will Stacey confess to what she did?