General Hospital Spoilers: Should Jason Have Joined The Search For Shiloh? 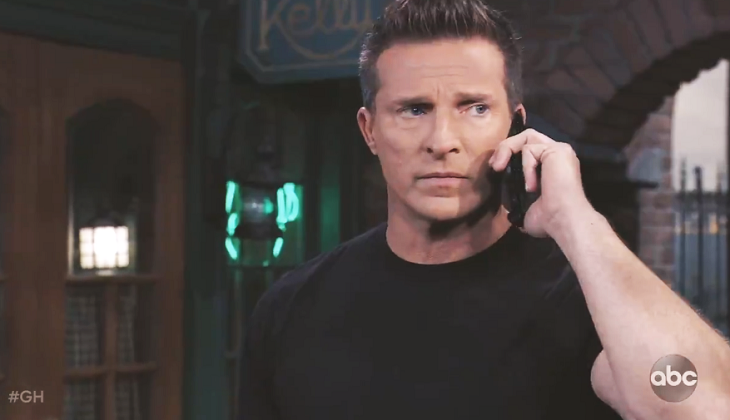 General Hospital fans are complaining a lot because Jason Morgan (Steve Burton) has not joined the search for Shiloh and helped Liz Baldwin (Rebecca Herbst). Should he have left Sam McCall (Kelly Monaco) and joined the search?

General Hospital’s Jason owes Liz nothing. He missed the first four months of his son’s life because Heather Webber (Robin Mattson) had given him away.

When Jason asked Liz to run the DNA test to prove that Danny was Sam’s son, Liz chose to change the test results and lie about Danny’s maternity test results, keeping Danny from he and Sam even longer.

Because of Liz’s lies about the DNA results, Jason got to spend one night with his son and nothing more before he was shot in the back and disappeared for five years. Jason doesn’t owe Liz anything when it comes to being at her beck and call. Jason doesn’t even owe Liz child support because he paid her five million dollars years ago, he certainly does not owe her dropping everything to chase down one of her kids unless his name is Jake.

General Hospital’s Sam McCall (Kelly Monaco) almost died in a freezer, Jason doesn’t want to leave her side. He was away from Sam for five years plus over a year after he returned home. When Jason got Sam back, he is not about to leave her after such a close call, not for Liz or anyone else.

Jason’s priorities have changed since his return, and he wants to put Sam and his family first. Jason is well within his right to stay with Sam at the hospital and has already told her he plans to do so; there is no reason to change that because of Liz.

General Hospital’s Liz is already getting suspicious that Shiloh might have grabbed Cameron. Liz needs to contact law enforcement, not Jason. Liz doesn’t know what she is walking into, but she does know that Cameron is missing and Franco has gone off the grid as well.

Jason doesn’t need to be in a position where he could kill Shiloh. He needs to stay out of this and out of jail. Liz needs to handle this and let the PCPD go to this warehouse to try and capture Shiloh and Cabot if they find them there.

Liz is the one who ruined her and Jason’s friendship, not only by her action in 2012 but by her insistence that Jason gives Franco a break over and over again. Cameron is not Jason’s child, and it isn’t Jason’s place to save him. Let Liz do something by the book for once instead of crying to him.