Prince William And Kate Middleton Changed Plans For Their Regatta 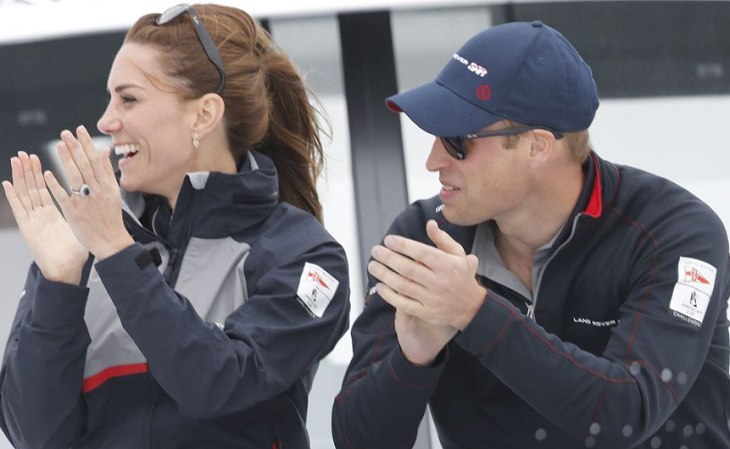 It looks like a little rain didn’t stop Prince William and Kate Middleton from making sure that their regatta turned out to be a success.

As a matter of fact, the Duke and Duchess of Cambridge decided to push up the eight-boat King’s Cup regatta race a day early, as storms and heavy rain were expected on the Isle of Wight later this week. Here’s what you need to know.

According to reports, someone at Kensington Palace must have taken a look at the weather report and decided that it would have been better for Prince William and Kate Middleton to move their event one day up on their calendar.

Event Launch For The Regatta Began More Than Three Months Ago

That’s because the Cambridges are doing whatever they can to ensure that this event will be a success. They began their launch three months ago.

It’s also been noted that The King’s Cup is the one royal engagement that the Cambridges have between Wimbledon and their fall schedule.

While a lot of critics do agree that it was a good idea for them to move the event in order to avoid the rain, there was also a lot of grumblings from the press and vendors as they had to shuffle their own schedules in order to attend the regatta now.

Prince William And Kate Middleton Have Stepped Up Their Workload

Of course, a lot of royal observers have also noted that Prince William and Kate Middleton have definitely stepped it up in the work department.

One of the reasons why they might have decided to take on more royal engagements and do more public appearances is because they don’t want to be left in the shadows by Prince Harry and Meghan Markle.

Ever since Meghan joined the royal family, she’s been keen on doing as much as she can while also hoping to make a difference in her charity work and royal responsibilities. And so far it seems to be working. The Cambridges have been hard at work trying to keep up with the Sussexes!