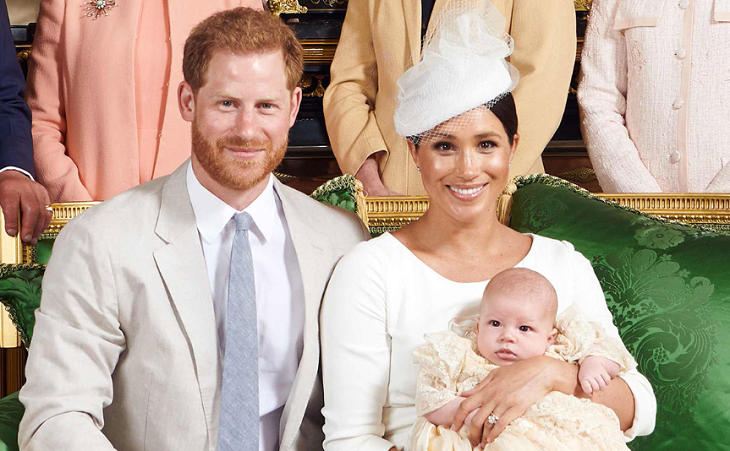 It appears as though Samantha Markle still can’t get over the fact that her half sister Meghan Markle really doesn’t want anything to do with her.

This time around, Samantha is publicly slamming the Duchess of Sussex while suggesting that the former Hollywood actress was acting “fake” during her son Archie Harrison’s christening back in July. Both Meghan and her husband Prince Harry welcomed the young tot back in May.

Speaking to Britain’s Daily Star, Samantha – who hasn’t spoken to Meghan in several years – believes that the Duchess wasn’t acting like herself during her son Archie Harrison’s christening. She believes that the whole thing was “staged” despite the fact that Prince Harry and Meghan Markle kept many of the details of the christening to themselves.

Samantha Markle Believes Her Sister Is Being Disrespectful To Their Father

“For my sister to go into a church knowing what she has done to our father, ignoring him through every holiday, the wedding, two heart attacks, the birth and the christening, is disrespectful,” Samantha said.

Prince William And Kate Middleton Changed Plans For Their Regatta

If that weren’t enough, Samantha also took a jab at Meghan for failing to invite any of her Markle family members to the christening. As a matter of fact, the Markles have not been invited to anything, including Harry and Meghan’s royal wedding last year.

The only person who has been by Meghan’s side has been her mother, Doria Ragland. Even though her father Thomas Markle Sr. was invited to the wedding, he failed to show up, citing last-minute health issues.

“Everything about the christening look faked and photoshopped but more at issue is the fact that she has traded an entire family to be royal and shame on her,” Samantha continued.

Of course, this isn’t the first time that Samantha has made comments about the Duchess of Sussex in one of her media interviews. She’s slammed Meghan for everything that she has or hasn’t done ever since she married Prince Harry.

This morning, The Duke and Duchess of Sussex’s son, Archie Harrison Mountbatten-Windsor was christened in the Private Chapel at Windsor Castle at an intimate service officiated by the Archbishop of Canterbury, Justin Welby. The Duke and Duchess of Sussex are so happy to share the joy of this day with members of the public who have been incredibly supportive since the birth of their son. They thank you for your kindness in welcoming their first born and celebrating this special moment. Their Royal Highnesses feel fortunate to have enjoyed this day with family and the godparents of Archie. Their son, Archie, was baptised wearing the handmade replica of the royal christening gown which has been worn by royal infants for the last 11 years. The original Royal Christening Robe, made of fine Honiton lace lined with white satin, was commissioned by Queen Victoria in 1841 and first worn by her eldest daughter. It was subsequently worn for generations of Royal christenings, including The Queen, her children and her grandchildren until 2004, when The Queen commissioned this handmade replica, in order for the fragile historic outfit to be preserved, and for the tradition to continue. Photo credit: Chris Allerton ©️SussexRoyal

So far Meghan Markle herself has not responded to any of her sister’s criticisms or public jabs and at this point it’s unlikely that she will say anything. The Sussexes are happily living as a new family of three in their recently renovated home at Frogmore Cottage.