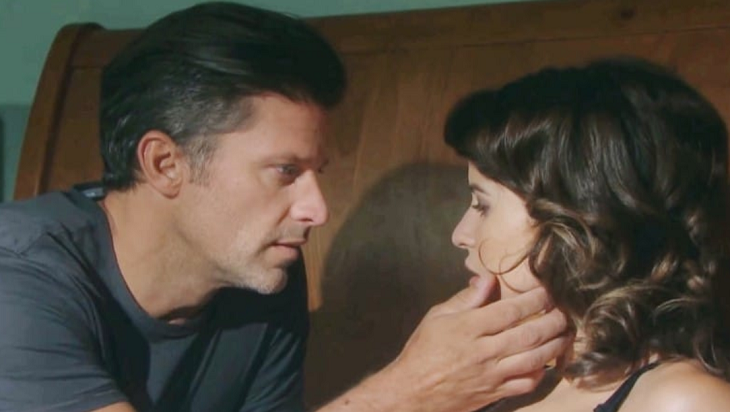 Days of Our Lives spoilers previously teased that Eric Brady (Greg Vaughan) and Sarah Horton (Linsey Godfrey) would finally get together. During the week of August 12, they will make love. However, will this romance last?

Greg Vaughan’s character on DOOL doesn’t have a great history with women. Before Sarah, he was involved with Nicole Walker (Arianne Zucker).

As fans know, there was a love triangle between Eric, Nicole and Brady Black (Eric Martsolf). Just like before, he has fallen in love with another one of his brother’s women. Sarah is currently married to Rex Brady (Kyle Lowder).

Days of Our Lives spoilers reveal that Sarah didn’t set out to hurt anyone. Rex cheated on her with several women. One of them, Mimi Lockhart (Farah Fath) ended up with a pregnancy.

Sarah had no intention of getting back with Rex and her feelings for Eric just simply grew. However, she ended up giving Rex another chance and trying to push her feelings aside. At least, until she couldn’t do it anymore.

The latest information confirms that Eric and Sarah will finally get together. During the week of August 12, they will make love. As previously reported, during an interview, Linsey Godfrey said the event is more raw and passionate than sensual.

What comes next isn’t smooth sailing and a fairy tale romance. Just like many other couples in Salem, Eric and Sarah will go through obstacles. One is caused directly by Rex. Before leaving town, he tells her that she can’t ever compare to Nicole Walker.

It is enough to plant doubt in her mind that Eric could ever love her as much as he loved Nicole. Could she walk away or damage the relationship before it really has a chance to get started?

Days Of Our Lives Spoilers: Kristen Not Giving Up On DiMera Enterprises – Another Major Showdown Coming With Gabi https://t.co/zeahT4cbQz pic.twitter.com/LZO5vN2oAa

It might cause strain for awhile, but only until it is revealed that Nicole is literally not herself… it is actually Kristen DiMera (Stacy Haiduk) wearing a mask. Fans will have to stay tuned to find out what happens then with Eric and Sarah on DOOL.