Emmerdale Spoilers: Robert Downplays Attacking Lee – Will He Get A Life Sentence? 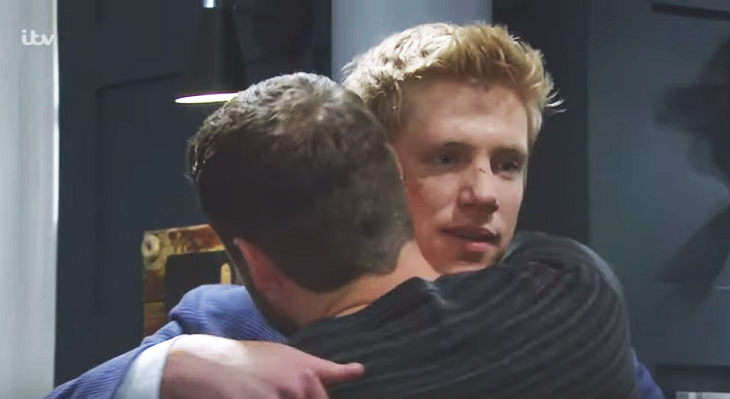 On “Emmerdale,” Robert Sugden (Ryan Hawley) is digging himself a deeper hole when he decides to downplay the possibility of getting a life sentence for attacking Lee Posner (Kris Mochrie). His solicitor told him the police are considering charging him with GBH with the intent, which has a maximum sentence of life imprisonment.

Worried that he won’t be able to start a family with Aaron Dingle (Danny Miller), he ended up lying to him about the charges. When he arrived home, he told his husband that he’s been charged only with GBH.

Aaron remained optimistic and said, “Well, that’s OK. What are you going to get, a year? We can handle a year, can’t we? It could have been a lot worse.”

Viewers may recall that Robert had to pull all the stops to convince Aaron to move on with their baby plans. Now that the Aaron’s finally agreed to it, the couple are facing another dilemma, which could prevent them from having their own child.

“The maximum sentence for GBH with intent is life imprisonment.” #Emmerdale pic.twitter.com/bZ9xY2oKag

Their potential surrogate Natalie (Thea Beyleveld) has had second thoughts and walked out of her meeting with Aaron and Robert to discuss the surrogacy when the police arrived to arrest Robert. Lee had woken up from his coma and told the police his version of the events during his attack. His story didn’t match Robert’s, which led to the Robert’s arrest.

After what she saw, Natalie was convinced that she can’t be the surrogate and said that she only wants what’s best for the child she’s bringing into this world and the couple’s current situation isn’t ideal for any baby.

Things become more complicated when Robert found out from his solicitor that Lee claimed that he and Victoria Barton (Isabel Hodgins) has it out for him and his attack was unprovoked. Because of this statement, the police has considered charging Robert with GBH with intent. At first, Robert thought the charges weren’t that serious.

“OK, whatever, so if the case went against me, what would I be looking at?” Robert said. “Probation? Six months tops?” But his life turned upside down when his solicitor told him that he could go to prison for life.

Does this spell the end for Aaron and Robert’s future? Will he really go to jail for the rest of his life? Viewers may recall that Hawley is set to leave “Emmerdale” later this year after his five-year run on the show and viewers have to tune in to know how he’ll be written off.