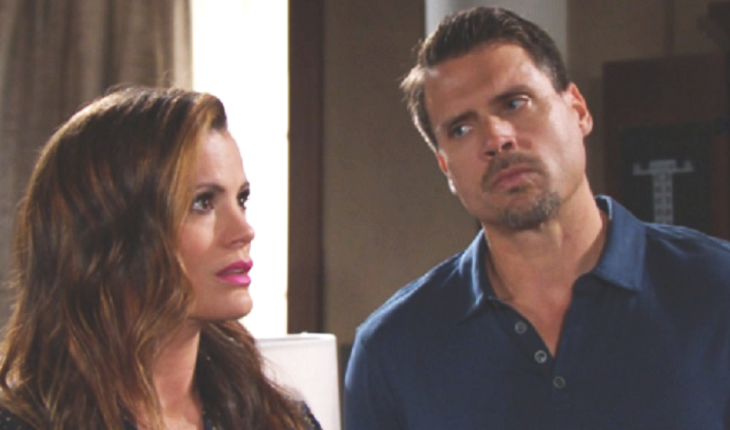 The Young and the Restless (Y&R) spoilers tease that Nick Newman (Joshua Morrow) will learn of Chelsea Newman’s (Melissa Claire Egan) plans and he will question her loyalty to the family. This seems to suggest that she will end up crawling back to Adam to make her son Connor Newman (Tobias twins) happy.

Viewers know that Nick has deep feelings for Chelsea, so he will not want her going back to Adam. In Nick’s mind, Adam is the dark side, and he must keep Chelsea from making a huge mistake. Whether or not that is the way it really is, that is the way Nick sees things right now. Here’s what you need to know about what’s coming up on Y&R,

In an effort to make peace with Adam and open the lines of communication, Chelsea with make him a shocking deal. Y&R spoilers suggest that she will agree to move back in his place, for Connor’s sake.

The Young and the Restless Spoilers: Selfish Abby Continues To Toy With Nate, Does She Deserve His Love?

Chelsea will let Adam know that she isn’t interested in getting back together, she only wants Connor to bond with him. Of course, Adam will agree.

The thing that Chelsea didn’t expect to happen is her feelings for Adam will flood back. Only, she isn’t sure if he’s interested in her anymore. This makes it very complicated between Nick and her as well.

As Chelsea tells Nick, she is moving back in with Adam, he is floored by her sudden switch. Y&R spoilers state that Chelsea lets him know that she doesn’t have any romantic feelings for Adam, it is for Connor’s benefit. However, Nick isn’t convinced.

Young And The Restless Spoilers – Would She Jeopardize Her Relationship?

Nick points out that she could co-parent with Adam and share custody of Connor without moving in with him. He thinks a small part of her still wants Adam and that scares him. He thinks that Adam will use her and find a way to get under her skin. He predicts they will get back together soon.

Of course, Chelsea thinks Nick is overreacting. She lets him know that she cares about him and she wouldn’t jeopardize their relationship. But in Nick’s eyes, she already has.

Do you think Nick is right about Chelsea? Don’t forget to come back later for more The Young and the Restless (Y&R) spoilers, news, and casting updates!