Days of Our Lives Spoilers: John and Hope Make a Deal with Xander – Kristen Finally Revealed? 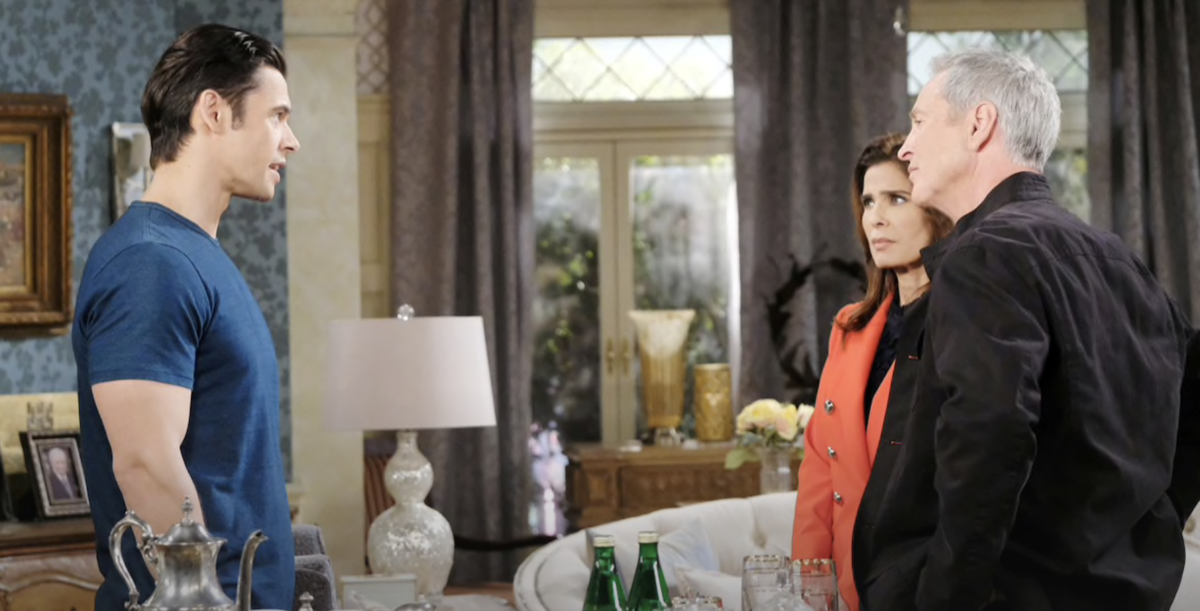 Days of Our Lives spoilers reveal that John Black (Drake Hogestyn) and Hope Brady (Kristian Alfonso) will make progress. During the week of August 12, expect the pair to strike a deal with Xander Cook (Paul Telfer). Will Kristen DiMera’s (Stacy Haiduk) true identity finally be revealed? Will Xander expose his former partner in crime?

Days Of Our Lives Spoilers – Kristen and Xander’s Devious Deeds

Kristen DiMera and Xander Cook both came back to Salem around the same time. At the time, fans were focused on Nicole Walker (Arianne Zucker). It was soon revealed to viewers that Nicole was actually Kristen wearing a mask.

Other evil acts committed by the pair include faking young Holly’s death and sending her to a “new family.” They also kidnapped Ted (Gilles Marini) and Kate (Lauren Koslow). After Xander parted ways with Kristen, she did more horrible things. The Nicole imposter married her own brother, Tony (Thaao Penghlis), threatened to kill Gabi (Camila Banus) and was involved in Ted’s death.

Days of Our Lives spoilers reveal that Hope asks John for his help in finding Ted’s killer. Meanwhile, the two will confront Xander and put some pressure on him. It will eventually lead to Xander accepting a deal from the two in exchange for information.

Days of our Lives Spoilers – Will Kate Confess the Truth?

When Hope questioned Kate about the real kidnappers, she got stern and firm with the detective. She said if Hope valued her life and the life of her family then she would back off and stop asking questions. This made Hope wonder who Kate was so afraid of. Fans already know the answer, that individual is none other than Kristen DiMera.

Eventually, Kate won’t be able to keep the truth hidden. But in the meantime, expect her to keep quiet.

Days of Our Lives #DOOL Spoilers: Kristen/Nicole Goes Into a Rage, Marlena Her Next Target @celebratesoaps https://t.co/wOH78CQard

When Will Kristen DiMera be Exposed?

Days of Our Lives spoilers suggest that Kristen’s exposure will come within a few weeks. More people are realizing the truth. There is a dead body. She had a close call with Detective Hope Brady. Xander is going to make a deal with Hope and John Black. Marlena will confront the fake Nicole. All of these will build up to a moment when Kristen finally goes into a rage and rips the Nicole mask off for everyone to see. It’s not a matter of if… but when.