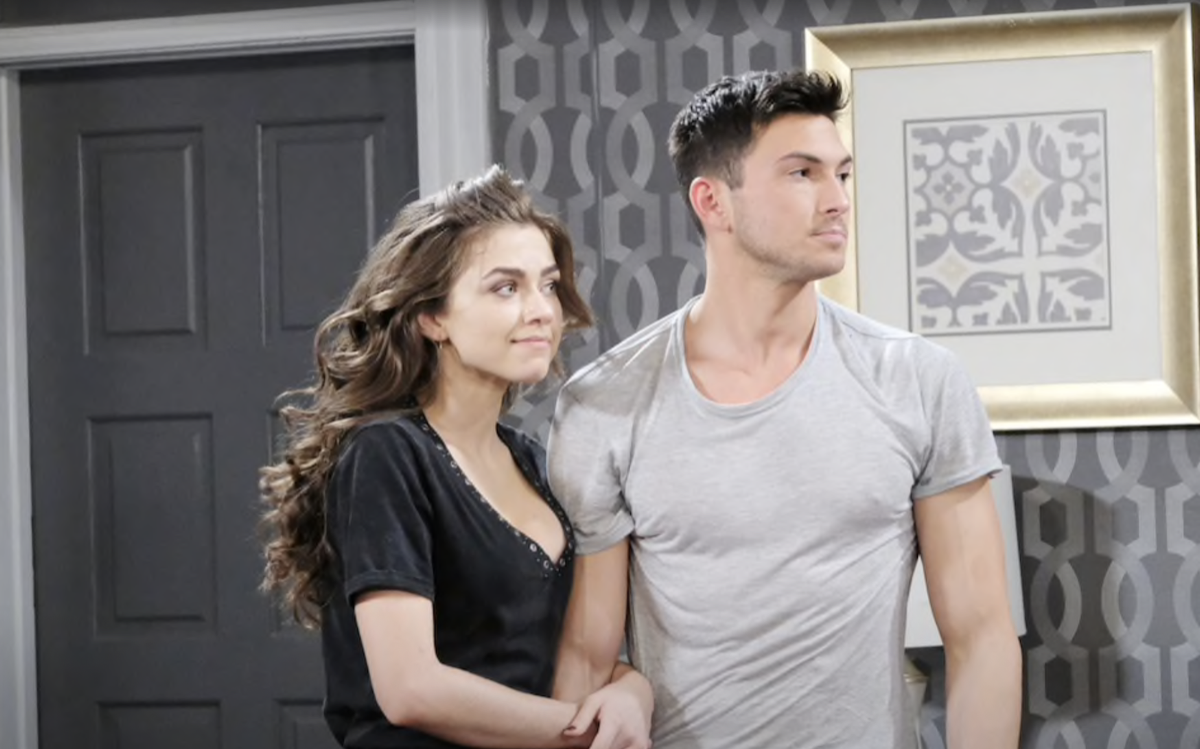 “Days of Our Lives” spoilers for the week of August 12-16 tease that some shockers are coming up in Salem. First, let’s talk about Anna DiMera’s (Leann Hunley) return. She just showed up in town and will soon reveal her mission to put Tony DiMera’s (Thaao Penghlis) ashes to rest. Anna will think it’s time to store Tony’s urn in the DiMera mausoleum and let go.

To Anna’s surprise, she’ll find out Tony’s alive and right there in Salem. Anna has someone’s ashes, but they certainly aren’t Tony’s.

She’ll get riled when she learns Tony came back from the dead without ever contacting her. Anna won’t be happy about Tony and “Nicole DiMera’s” newlywed status either.

When Anna comes face-the-face with her old love, she’ll rip into him with everything she’s got. “Days of Our Lives” spoilers say Anna will slap Tony in a fit of rage. She’ll then slap him again in case he didn’t feel the first one!

Tony will wonder what that was for, but Anna will think it’s pretty obvious. She’ll lash out over Tony’s marriage and demand some answers about where he’s been all these years.

Across town Haley Chen (Thia Megia) will take a tumble. She’ll fall down the stairs at the loft, so DOOL fans can expect a medical emergency. Haley’s going to be OK, but this will really bring Tripp Dalton’s (Lucas Adams) feelings to the surface. He’s been trying to deny them, but Haley’s ordeal will make him realize just how much he cares.

“Days” spoilers say Tripp will open up to Kayla Johnson (Mary Beth Evans) about his predicament. He’ll get some advice and try to figure out where he goes from here.

Next, Stefan DiMera (Brandon Barash) will urge Ben Weston (Robert Scott Wilson) to do some investigating. He’ll rely on Ben to look into Ted Laurent’s (Gilles Marini) murder and hopefully find some proof to clear his name.

Ciara Brady (Victoria Konefal) will pitch in on this task, but she’ll find herself stuck in a jam with Ben. They’ll poke around “Nicole’s” room, but they’ll be forced under the bed soon enough. “Days of Our Lives” spoilers say they’ll witness a deal between Kate Roberts (Lauren Koslow) and an evil Salemite. It seems “Cin” will become privy to a shady agreement between Kate and Kristen DiMera (Stacy Haiduk).

Over with Brady Black (Eric Martsolf), he just won’t be able to stop thinking about Kristen – no matter how hard he tries to focus on “Nicole.” Brady will be perplexed when “Nicole’s” eager to keep making love anyway. He won’t get why “Nicole” is being so understanding about this, but DOOL viewers know the answer. It’s because “Nicole” is actually Kristen and she’s hoping Brady will fall back in love with her. She’ll feel like she’s halfway there as Brady continues to obsess.

Next, Gabi DiMera (Camila Banus) will have a fierce argument with “Nicole.” It appears she’ll start to rip off the “Nicole” mask in the process. The result will be a very physical showdown that ends with both Gabi and Stefan unconscious. Kristen will have another mess to contend with soon enough.

We should also mention a stunning fantasy that’s coming up. After Marlena Evans (Deidre Hall) tries to counsel “Nicole,” Kristen will become enraged. It looks like she’ll imagine shooting Marlena, but “Doc” should be just fine…for now!

A great week’s ahead on the NBC soap. We’ll give you updates as other “Days” news and rumors emerge. Stay tuned to DOOL and don’t forget to check Hollywood Hiccups often for the latest “Days of Our Lives” spoilers, rumors, updates and news.