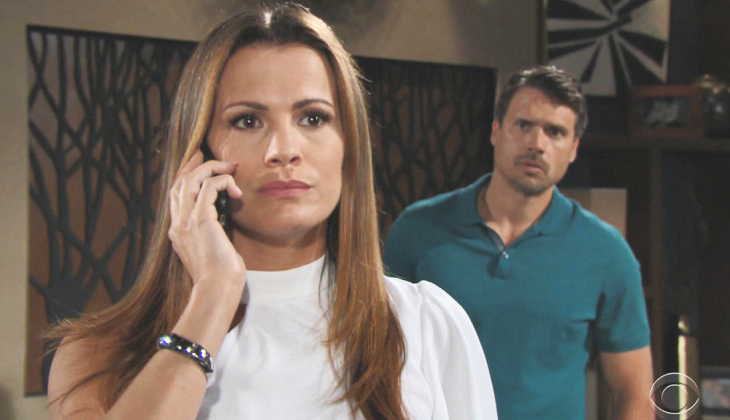 The Young and the Restless (Y&R) spoilers tease that Victor Newman (Eric Braeden) will take a stand in the courtroom battle over Christian Newman. He has let his sons handle their affairs and he feels his grandson is the only one that is suffering.

Also, Abby Newman (Melissa Ordway) will lean on her mother, Ashley Abbott (Eileen Davidson). And, Chelsea Newman (Melissa Claire Egan) will make a shocking move. Here’s what to expect during the week of August 12 on Y&R.

With Connor in town, Chelsea decides it’s time to make a daring move. She decides that it is her son’s best interest to be close to his father. So, she makes plans to make that happen.

And, her decision will stun Nick Newman (Joshua Morrow). Will she move into the penthouse with her former husband, Adam Newman (Mark Grossman)?

Abby will open up to her mother about something that has been on her mind. It’s anyone’s guess what this could be. It could be related to Lola Rosales’ (Sasha Calle) wedding or it could be regarding her dad’s failing health. We’ll have to keep watching Y&R to find out more on this.

After watching his son’s fight over Christian, Victor has had enough. He decides it’s time to take a stand and end this once and for all. It sounds like he will decide to contact the court and possibly put his name in the hat to get custody of the boy.

It wouldn’t be the first time Victor tried to do this. Perhaps, he will contact the court and let them know that Adam is not a suitable parent and should not have visitation with the child.

The Newman family will be torn once again with Victor and Nick on one side and Adam on the other. It’s anyone’s guess how this will turn out. Maybe, Chelsea can get Adam to walk away. It doesn’t seem likely, at this point, but it could happen.

Do you think Lola and Kyle Abbott (Michael Mealor) will end up getting married? Who will get custody of Christian? Don’t forget to come back later for more The Young and the Restless (Y&R) spoilers, news, and casting updates!