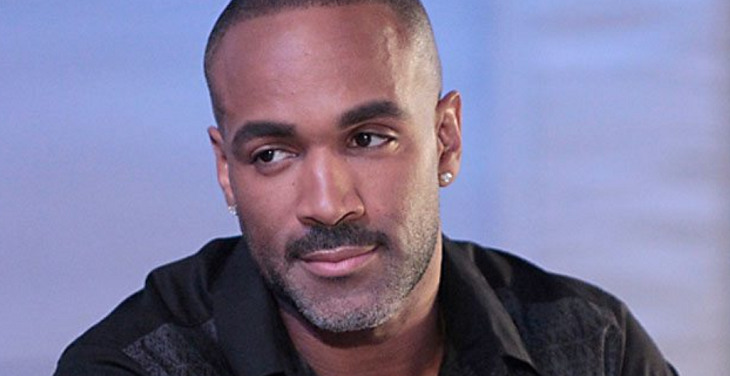 General Hospital star Donnell Turner (Curtis Ashford) admits that he’s not sure what the future holds. As a matter of fact, the handsome actor recently revealed at a General Hospital fan event that his current contract with the hit ABC soap is coming to an end later this year.

So does this mean that we won’t be seeing much of Turner in the future? Possibly so. Here’s what you need to know.

Explaining why he made the decision to once again splurge on a photo booth for the get together, Donnell said, “We have got to do it again because I don’t know, but this might be my last event.”

At the end of the night, he also mentioned that one of the reasons why he decided to meet with so many people at the fan event party was because he believes that this might be his last year on contract. In other words, he might not be on General Hospital by the time 2020 rolls around.

@donnellturner1 has big plans for his event. Once again we will have our photo booth, our fabulous DJ, good food and terrific company. Tickets available at the door – cash only or PayPal today! @OfficialGHFC pic.twitter.com/MXx3puvmPt

Unfortunately, producers for General Hospital have not made any comments about Turner’s status. For now, we have no idea if he is going or staying.

But with that said, it’s without a doubt that his fans are surely going to miss seeing him everyday on daytime television. He’s one of the most talented actors on the show.

The good news is that Donnell has plenty of time to strike a deal with the soap. There’s always the possibility that it might be renewed and that his character Curtis Ashford might end up getting a pivotal storyline that will change the fate for his future. One can only hope, right?

Turner has been on the show since 2015 and has done a phenomenal job playing Curtis. Here’s hoping that something will work out for him and that he will remain in Port Charles. For now, fans will simply have to tune in everyday to find out what will happen next!

Keep up with Hollywood Hiccups for all the latest right here!