Young And The Restless Spoilers: Rey Gives Sharon Second Chance – Will Shey Stay Together This Time? 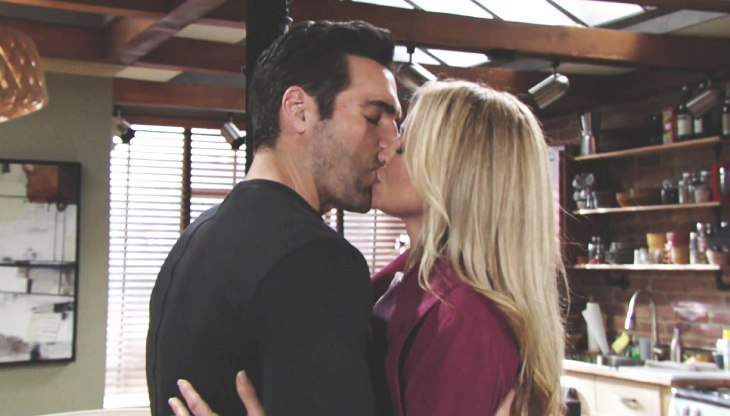 The Young and the Restless spoilers tease that Rey Rosales (Jordi Vilasuso) and Sharon Newman (Sharon Case) will make up. Whether this second chance relationship endures establishes the current story.

Shey was teased for months. Rey was enamored from the first time that he saw Sharon at Crimson Lights. Sharon noticed Rey, but wasn’t interested back then and, oh yes, he was married. Mia Rosales (Noemi Gonzalez) immediately knew how Rey felt about Sharon and rightfully remained unsettled about the perceived threat.

Of course, Mia’s outrageous behavior and her repeated cavorts with Arturo Rosales (Jason Canela) led to that pair having a baby and returning to Miami, Florida. Canela was recently seen in a photo on Y&R’s set. So it’s possible that Arturo is around for the Kola wedding, where his brother and possibly their father, Adrian Rosales, will be.

Young And The Restless Spoilers – Always Tempted By Adam Newman

The rapidly approaching Kola nuptials will give Sharon and Rey a chance to appear in public as a revived couple. Their recent split wasn’t a surprise, as Adam Newman (Mark Grossman) was playing on Sharon’s emotions yet again.

Sharon hasn’t been able to keep herself out of Adam’s messy life since first making contact with him in Las Vegas, Nevada. She did that out of a sense of obligation when Victor Newman (Eric Braeden) was desperate for help.

It was reasonable for Sharon to want to help Adam get his memory back. Her compassion is considered, as he was the person who rescued her from the fire she set at the original Newman ranch main house.

Adam also made sure Sharon received the mental health treatment she was sorely in need of, which led to her bipolar diagnosis. That became a turning point, as Sharon was eventually able to maintain a treatment program that includes regular doctor visits and a strict medication schedule. But her mental health also involves avoiding triggers.

Rey knew exactly what Adam was doing from the moment Mr. Newman regained his memory. Grossman’s character’s intent was to push Sharon’s buttons in order to have her help him. He hasn’t been able to reconcile with Chelsea Boudreau (Melissa Claire Egan) as expected, so Sharon has become his second choice.

Sharon continued to try and soothe Rey’s fears about Adam, but to no avail. In recent weeks, Vilasuso’s character told Sharon that he loved her, but just couldn’t stand by as she drifted back into Adam’s emotional netting.

Even with Shey’s current revival, Shadam remains a threat. Adam will want someone’s help as long as he isn’t with Chelsea. Sharon has been, is, and projects as the person who will be his enabler.

Which of the spoiled princesses do you prefer? ⬇️⬇️⬇️https://t.co/O93i622GMQ

Rey needs to be prepared to do battle with someone far more sinister than most, if not all, criminals the restored GC detective has faced in the past. Hopefully, Sharon is wise enough to have cut Adam off for good. But Shadam’s history and Adam’s presence remain powerful lures.