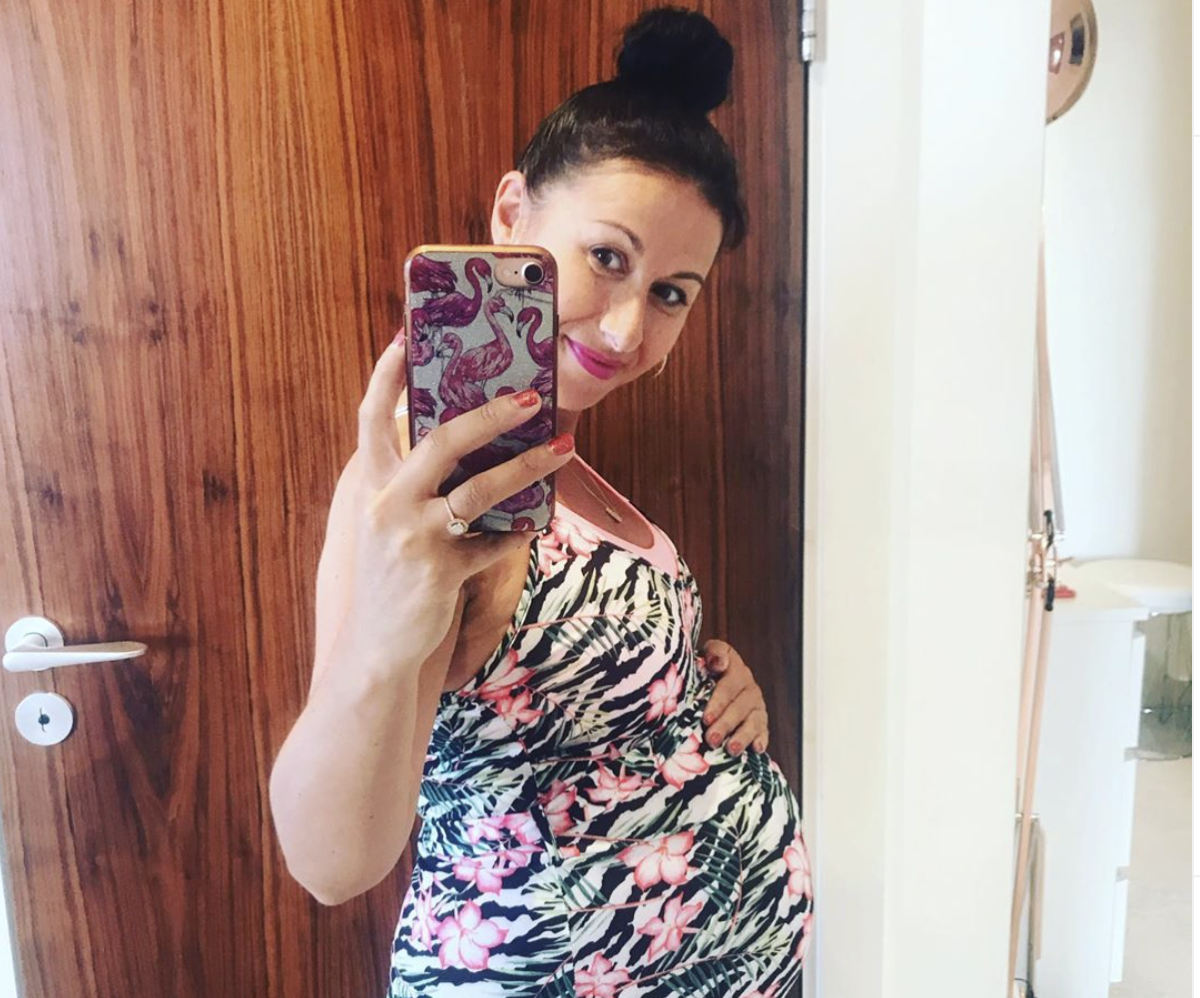 Coronation Street star Haley Tamaddon (Andrea Beckett) has recently revealed that some people still have a long way to go when it comes to how you are supposed to treat a pregnant woman, especially while out in public. The soap actress says that even though she is in the advanced stages of her pregnancy, she spent two hours sitting on a train floor on a Virgin Trains journey where no one offered her a seat. This happened during her trip from London to Manchester on Friday, August 9.

According to Birmingham Live, Hayley says that she was forced to sit on the floor next to a toilet for the journey after her first class ticket was canceled. She was so upset over the situation that she sent a tweet to Virgin Trains.

She wrote: “Hey @VirginTrains had quite the rotten journey home to manc today as my 1pm was cancelled from Euston. At 7 months pregnant I sat outside the toilet for the whole journey. Staff were amazing by the way but as I had a 1st class ticket I’d like my money back. How do I do this?”

Hayley’s Friends Rally Around Her

Hayley’s friends, family and even Coronation Street co-stars shared their support for the actress, as most were shocked that no one on the train offered her their seat.

Coronation Street actress Jane Danson, who plays Leanne Batterby tweeted: “Aw Hayley. So sad that no one offered you a seat….. that is really upsetting. Xx.” Hayley replied: “People barged past me in the carriage to get a seat! I had no chance!”

Having our babies around the same time is a dream. I love this girl. What a gorgeous day this was. #babyshower Pictures copyright © @brookelevivincent @vitalpublicity

Critics Have A Say, Too

Unfortunately, not everyone was as sympathetic towards Hayley as her fans. Some critics said that she shouldn’t use her pregnancy or her celebrity status to push others to give up their seat on a train. While Hayley herself didn’t respond to her critics, Virgin Tains did reach out to the actress and apologized to her for the incident.

The 42-year-old actress announced earlier this year that she was expecting her first child. “EXCITING NEWS TWEET!! I’m so pleased to tell you all… I’m expecting my first child with my wonderful boyfriend Adrian!!” she told her fans.