Days Of Our Lives Spoilers: Kyle Lowder Talks About Why Rex Is Leaving Salem 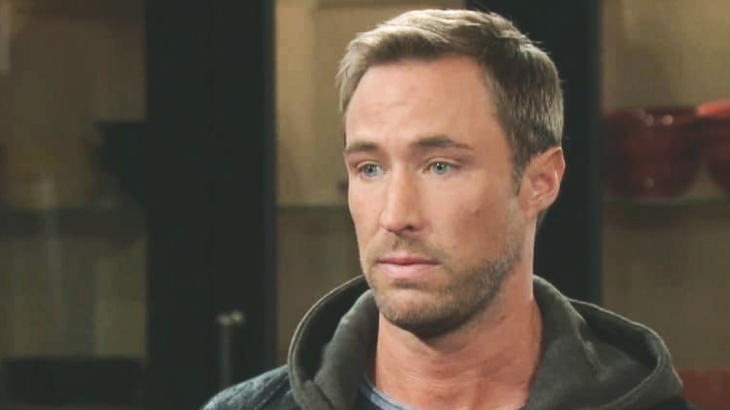 Days of Our Lives spoilers confirm Kyle Lowder is leaving the NBC soap opera. His character, Rex Brady, will leave Salem after his wife left him to be with Eric Brady (Greg Vaughan). The actor explained why Rex has to leave town.

Rex and Sarah (Linsey Godfrey) were engaged when it was revealed he cheated on his future bride. Not only did he sleep with Mimi Lockhart (Farah Fath), but the affair produced a child.

Later, Rex confessed to sleeping with other women. This led to the couple breaking up. However, Rex tried to win back Sarah and eventually, she got back together with him. But things would never be the same.

Days of Our Lives spoilers teased that Sarah would have a tough time with her emotions. She felt compelled to stay with Rex. However, she also developed feelings for Eric. She tried to suppress her feelings, but they eventually came out at the worst time… while she was in bed with Rex.

Now that Eric and Sarah have admitted their feelings for one another, they are officially a couple. However, there will be complications. Kristen DiMera (Stacy Haiduk) is impersonating Nicole Walker (Arianne Zucker). She is considered to be Eric’s true love. Rex will bring this up and intensify an already pre-existing doubt in Sarah’s mind.

In the latest issue of Soap Opera Digest, Kyle Lowder briefly explained why Rex has to leave town.

Days Of Our Lives News – Is There A Chance Rex Brady Will Return One Day?

“He storms over to Eric’s and they have an epic argument. And in that moment, Rex is just deciding, ‘What am I gonna do?’  Lowder said. “He finally is like, ‘I can’t be in Salem. I’m out of here.’”

There is no confirmation on whether Rex will come back to Salem one day. However, many characters return, even those who died on the NBC soap opera. There is no reason why Rex can’t return one day, too. Hopefully, when that happens, he will be over Sarah Horton and will have moved on.