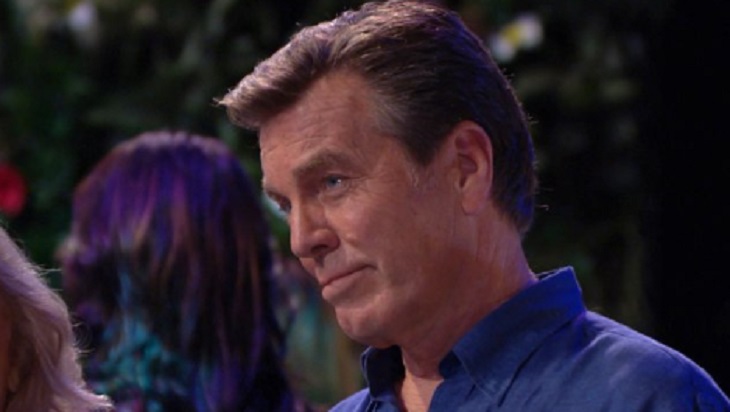 “The Young and the Restless” spoilers for Wednesday, August 14, tease that Abby Newman (Melissa Ordway) will have some updates for her mother. At the Abbott mansion, Abby reveals that she’s purchasing the Grand Phoenix and will let Phyllis Summers (Michelle Stafford) serve as the manager. Ashley’s wary Phyllis being part of this, but Abby insists she’s got a grip on the situation.

As for Abby’s love life, that’s a bit harder to handle. Abby talks about Nate Hastings (Sean Dominic) and how she’s not sure where they really stand. Meanwhile, Jack Abbott (Peter Bergman) stops by Victor Newman’s (Eric Braeden) office under the guise of wanting to see Victoria Newman (Amelia Heinle). Victor thinks Jack’s actually there to check up on him after his recent health woes.

Jack’s happy to learn Victor’s doing better. The conversation shifts to Adam Newman (Mark Grossman), so Jack notes there’s always hope. Victor doesn’t think that applies to Adam and points out that he’s tossed his son a lifeline plenty of times. Nothing ever seems to work when it comes to Adam.

At Adam’s penthouse, he fumes over a restraining order that prevents him from having contact with Christian Newman (Alex Wilson). Adam gets Michael Baldwin (Christian LeBlanc) on the phone and barks at him to fix this. Over with Elena Dawson (Brytni Sarpy), she’s uneasy about Adam living right across the hall. Devon insists everything will be fine and handles Adam a little later.

Adam wants to talk to Elena since she was jogging in the park. He needs her side of things on the Christian drama, but Devon just wants Adam to steer clear of her. They discuss whether Adam the baddie in all this before he realizes Nick Newman (Joshua Morrow) wasn’t behind the restraining order. Nick isn’t powerful enough, so Adam knows exactly who to confront.

Back in Victor’s office, Adam storms in and mentions the restraining order he received. Victor suggests he had no choice; he has to be Team Christian here. Adam bickers with Victor about not being there for him in the past. There are definitely some lingering issues for these two. Victor regrets bringing Adam back in the picture and argues there’s nothing for Adam in Genoa City, but he’s sticking around.

Young and the Restless Spoilers – Adam And Victor Newman Face Off

Adam declares that he’ll get his sons back and take everything from Victor as well as the rest of the Newmans. While Adam and Victor face off, Elena gets big news from Nate Hastings (Sean Dominic). There’s a residency opening at the hospital, so Nate persuades Elena to go for it. She returns home to tell a surprised Devon, but he’s sure she’ll be a fantastic doctor.

Elena heads out for her interview and returns once again to say she got the job. Devon is thrilled for Elena, so they celebrate by getting a bit frisky. Next, Lola Rosales (Sasha Calle) talks to Kyle Abbott (Michael Mealor) about her father. Adrian Rosales reached out through a letter and wants to be a family again, but Lola doesn’t really consider him part of the family. She opts to concentrate on the future instead.

Kyle and Lola do a little vow practicing before Lola says he can kiss the bride. Afterward, they show up at the Abbott mansion and join a discussion. Jack and Ashley are merging their companies, to they need a name that honors their dad’s legacy. Abby’s there to participate, too. After some ideas are thrown around, the gang settles on sticking with Jabot. Nothing else feels right!

Abby and Nate share a moment alone soon after. She gets that he might want someone who’s ready for a solid commitment, but Nate’s just perplexed about why she’s holding back. However, Nate thinks they can just take it day by day. Abby hopes Nate will be her plus one at the “Kola” nuptials.

Even cold feet can’t hinder true love. ❤️ It’s the wedding of the year this week on #YR! pic.twitter.com/mOIV0c3jnN

There’s also a toast to Lola and Kyle before the big event. Jack ultimately heads out to catch his flight to Miami. He suggests he isn’t coming back with out Celeste Rosales (Eva LaRue), so let’s hope he can make this happen!

“The Young and the Restless” spoilers say another hot episode’s coming up. We’ll keep you posted as other Y&R details and rumors emerge. Stay tuned to what’s next on the CBS soap.