Bold And The Beautiful Spoilers: What Consequences Will Xander Face When He Returns? 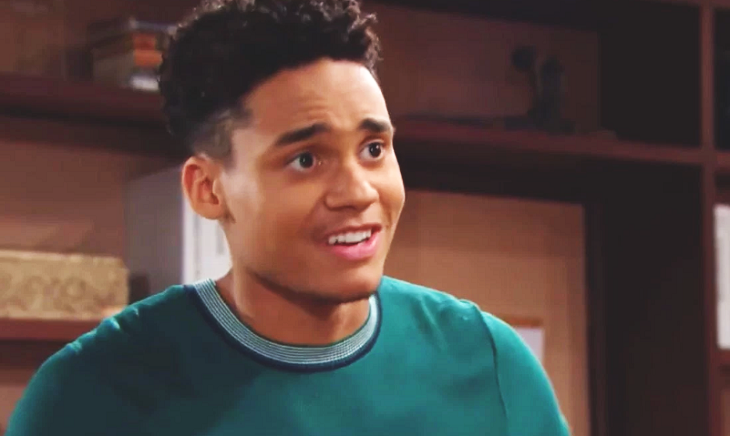 The Bold and the Beautiful spoilers tease that Brooke Forrester (Katherine Kelly Lang) and Ridge Forrester (Thorsten Kaye) are going to be on the warpath. As B&B viewers know, they’re outraged about what’s been done to their daughters.

Brooke’s daughter Hope Logan (Annika Noelle) was led to believe that her daughter Beth Spencer (River Davidson and Madeline Valdez) was dead, and Steffy Forrester (Jacqueline MacInnes Wood) unknowingly adopted the little girl. Hope suffered great anguish when she believed her daughter was gone, and Steffy is in utter turmoil now because she’s losing the daughter she named Phoebe.

Well, now, Brooke and Ridge are going to be on a mission to make sure that those who are responsible for their daughters’ pain pay the price. According to B&B spoilers, Ridge in particular will set out to punish those who knew about and kept the Beth secret. In the coming days, look for him to get the cops involved and on Florence “Flo” Fulton’s (Katrina Bowden) case, for her role in helping to facilitate an illegal adoption.

Bold And The Beautiful Spoilers – Will Xander Avant Have To Face The Music?

But there are others who will have to face the music as well. Zoe Buckingham (Kiara Barnes) will be on Brooke and Ridge’s list, as well as Xander Avant (Adain Bradley). As B&B viewers know, Xander has been absent for several weeks. He left Zoe and left Los Angeles after Zoe refused to come clean about the Beth secret, and at the time he left, he wasn’t sure that he’d ever return.

But according to B&B spoilers, Xander will reappear in Los Angeles very soon. Perhaps he’ll be back to support Zoe through this difficult time. Despite everything that’s happened, Xander still loves Zoe and he’ll want to give his side of the story.

Exactly what kind of consequences Zoe and Xander will face remains to be seen, but chances are that Zoe will lose her job at Forrester. She and Xander could also face legal consequences, perhaps for obstruction of justice, since they knew about both the illegal adoption and about Thomas Forrester’s (Matthew Atkinson) role in Emma Barber’s (Nia Sioux) death.

Xander even tracked down solid evidence,  showing that Thomas was on the scene of Emma’s accident and did nothing to help her. He could potentially be facing more serious consequences than Zoe at this point.

Bold and the Beautiful Spoilers: Flo Trapped – Will She Be Forgiven Or Forced Out Of Town https://t.co/n91jukYBWH pic.twitter.com/lz960TDUnr

At any rate, look for Zoe and Xander to face the music. They really have no choice at this point, since everything’s out in the open. It will be interesting to see what their next move will be. Do you think they’ll leave Los Angeles and go back to London?