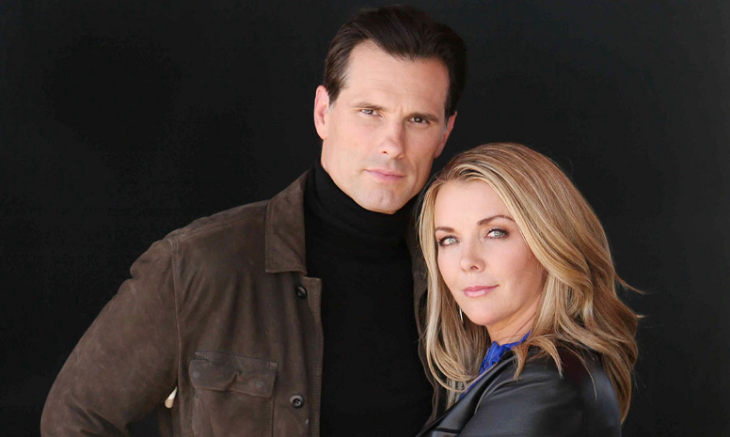 Days of Our Lives spoilers reveal what actor Austin Peck thinks about his character, Austin Reed. He also discussed how he feels about Austin and Carrie (Christie Clarke) splitting up, as well as working with Kate Mansi (Abigail). Keep reading to learn all the details!

In the latest issue of Soap Opera Digest, Peck talked about appearing on the DOOL digital companion series, Chad and Abby in Paris.

It is the first season of the Days of Our Lives spin-off. On the spin-off, Austin explained the Carrie Brady (Christie Clark) and Austin split to Abigail.

It was revealed a few months ago that Austin and Carrie were going through a divorce. Although some fans are saddened by this, the actor is not. He is glad he will no longer be tied to Carrie, although it is no personal offense to Christie Clarke.

“Well, I was like, ‘Finally!’ I don’t think the character of Austin has ever fully been explored. I think in the beginning, they established him in a very good way and then all of a sudden, for awhile, he was kind of put in a very small room and not allowed and not allowed to do very much.”

Days of Our Lives spoilers reveal that Austin never had the opportunity to work with Kate Mansi or Billy Flynn (Chad) before. The actor explained that he absolutely loved working with them, but in different ways.

Days Of Our Lives News – What Can Fans Expect From Austin Reed’s Return?

He also said that in the past, he was always attached at the hip working with other characters, but this time, it was more freeing.

Days of Our Lives Spoilers: Will Austin and Abigail Have an Affair? Chad and Abby in Paris Hints at It https://t.co/TPifpEeTiy pic.twitter.com/P82xqSF0VQ

The last time Austin Peck returned to the set was in 2016. Even though that was a few years ago, he said coming back was just like riding a bicycle and he really enjoyed it. As for what to expect from his character, Austin Reed, fans will just have to keep watching to find out.