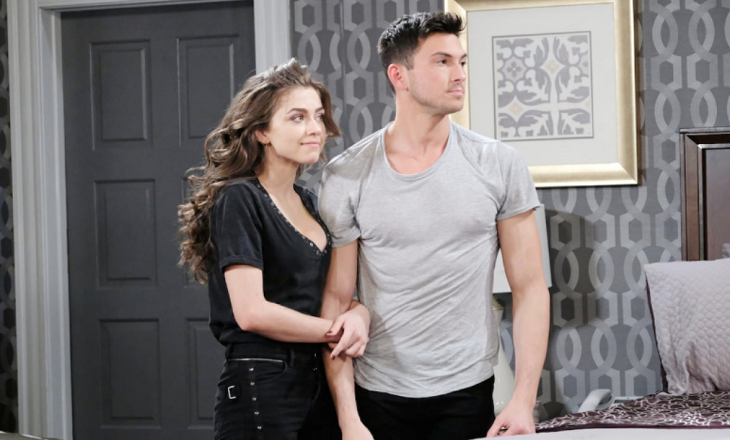 Of course, Kristen DiMera (Stacy Haiduk) is the one who’s pulling the strings here. She even threatened Anna’s life to keep Tony in line, so he’s really in a tight spot. Tony can’t reveal all the details to Marlena, but he’ll still want some guidance. Since Marlena is the best therapist around town, she’ll give Tony some words of wisdom as usual.

Other “Days” spoilers say a startling announcement on the way – and it’ll come straight from an angry Anna. She doesn’t know why Tony’s putting up a fight on divorcing “Nicole,” but she’ll think of a strategy to retaliate. Anna will come up with a marriage scheme of her own, so Roman Brady (Josh Taylor) will be her groom of choice. She’ll hope to knock some sense into Tony with her latest move.

Over with Ben Weston (Robert Scott Wilson) and Ciara Brady (Victoria Konefal), they’ll sneak in “Nicole’s” hotel room. “Days of Our Lives” spoilers state that Ciara and Ben will quickly start poking around.

Unfortunately, their snooping session will be derailed once they hear something approach the door. That’ll leave “Cin” to scramble under the bed and hide out until the coast is clear. “Days of Our Lives” spoilers say Ben and Ciara will overhear some bombshells while they’re down there. They’ll realize there’s more going on than meets the eye, so don’t miss all the “Cin” shockers.

Xander isn’t to blame for the bullet that killed Ted, but he’s still keeping major secrets. Hope and John should pick up on Xander’s caginess, even if he masks it with his usual smug charm.

DOOL spoilers say Xander will try to protect his own interests and hopefully gain an advantage or two. He certainly won’t want Sarah Brady (Linsey Godfrey) finding out about his scheme with Kristen!

It sounds like some fantastic scenes are coming up. We’ll give you updates as other “Days” news and rumors emerge. Stick with DOOL and don’t forget to check Hollywood Hiccups often for the latest “Days of Our Lives” spoilers, rumors, updates and news.