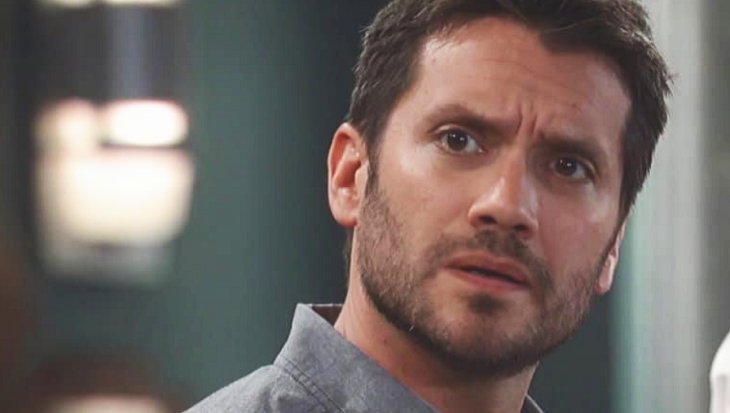 General Hospital spoilers tease that one reason Dante Falconeri hasn’t made a return appearance lately on General Hospital, it is because his portrayer, Dominic Zamprogna has been busy making a movie.

Zamprogna has been working on a movie, which is a comparatively short film, called “To The Moon And Back”, which is about what happens when a man has to eulogize his late mother, and what goes through his mind and heart the moments before the eulogy. The grieving man finds solace in the presence of his wife and daughter.

The film was also written and directed by someone who works for General Hospital, Nate Hapke, and this is his 11th short film. It apparently relates to personal experience of his, since Hapke says this particular film is deeply personal to him. The first trailer for this film was released this past weekend, and Zamprogna ’s co-stars are Danielle Rayne and Julie Romano. The film was produced by Sophia Zach and Sophie Grace.

As General Hospital viewers know, Zamprogna has been back and forth from guest appearances since he left the General Hospital canvas in June, 2018. His last guest appearance was on March 29, 2019. He had gone on a WSB mission, having been “drafted” by Robert Scorpio (Tristan Rogers) to capture Raj Patel (Noshir Dalal), a Turkish arms dealer who had also kidnapped his wife Lulu Falconeri (Emme Rylan) at one time.

He was in Turkey for months, and then Dante had gone rogue (off the WSB radar) and that is when, in November 2018, Sonny Corinthos (Maurice Benard) and Robert went to Turkey to look for him. They found him, but when he came home he was suffering from Post-Traumatic Stress Disorder and fighting against brainwashing.

He kept hearing and seeing a post-hypnotic suggestion to “complete the mission” meaning to kill Lulu! That’s why he left – and contacted Anna Devane (Finola Hughes) about his problem, and she got him into a WSB facility to cure the problems.

Dante first appeared on the General Hospital canvas as Dominic Pirelli, an undercover alias he used at the time. The first time Sonny encountered him, he shot him, not knowing he was his own son! That fact came out a little later, after Dante had also been attacked by Michael Corinthos (Chad Duell) and led out the woods by Morgan Corinthos (Bryan Craig).

Morgan was the first of the Corinthos family to accept “Dominic” and befriend him. Eventually, he was hired under his real name at the Port Charles Police Department as a detective, and met and married Lulu Spencer, and the rest is history.