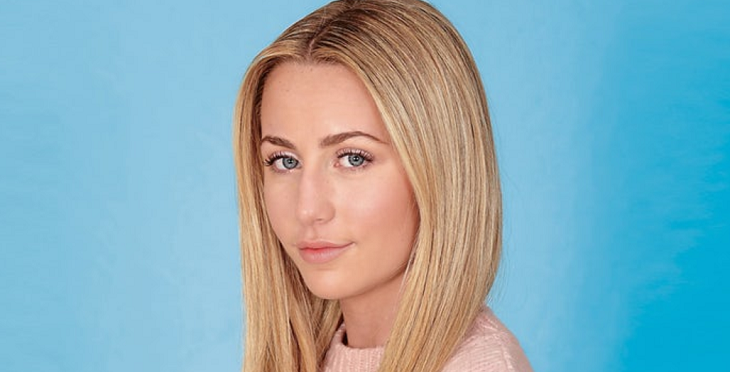 If there’s one thing we love about the General Hospital cast, it’s that they truly do appreciate all of the support that they’ve gotten from their fan base over the years. That’s probably why there is always so much hype and excitement whenever the cast go on the road to meet and greet their loyal fans.

As a matter of fact, General Hospital star Eden McCoy (Josslyn Jacks) is once again rallying up those fans but this time around it’s for a good cause. Here’s what you need to know.

Sharing a photo of her and her co-star William DeVry (Julian Jerome) in which they both look incredibly adorable.

“Let’s do this! Who’s in for the @srocf Philly even to raise awareness, funds and support for our battle against ovarian cancer?” McCoy wrote. “Join us September 14 with William DeVry, Tamara Braun, Donnell Turner, and Wes Ramsey.”

Of course, it didn’t take very long for Eden’s fans to reply but also confirm that yes, they will also be there, too!

Many of them left comments such as, “This is going to be great. Not only are you guys my favorite actors, but you are also doing this for a great cause, too. Much love to you,” along with, “Yes! I live in Philly. I’ve been waiting for such a long time for you guys to finally come around to my neighborhood. It’s just such a shame that Kelly Monaco won’t be there, too.”

“Oh I wish I lived closer but you guys are the best,” another fan wrote. “I’ve been a loyal fan and have been watching for 20 years now. It started with me watching with my mom. It doesn’t get better than General Hospital.”

The General Hospital fan fantasy event will take place on September 14 but if you don’t live in or around the Philadelphia area, don’t fret! That’s because the cast will be on tour for many more months to come and will be hitting cities such as Tampa, Denver, West Palm Beach, Arlington, Houston, Sacramento and more!