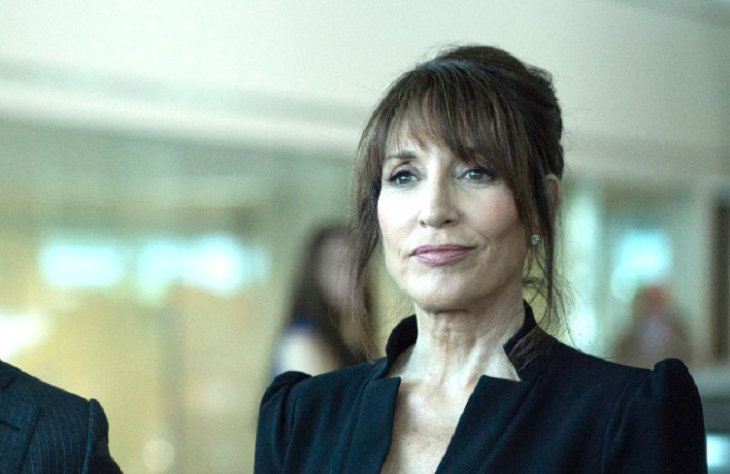 Grand Hotel Season 1 spoilers has Katey Sagal joining the cast! The legendary actress will debut as the “boss” who apparently has been pulling all the strings behind the scenes, much to Santiago Mendoza’s despair.

According to TV Line, Sagal plays a character by the name of Teresa and from what we can tell already, she’s the one who can either make or break the hotel.

That’s because she controls not only what’s going on behind the scenes, but some of the things that the hotel is desperately trying to sweep underneath the hotel lobby’s carpet!

Prior to her new role on Grand Hotel, Sagal’s most recent television credits include roles on Showtime’s Shameless, ABC’s The Conners, CBS’ Superior Donuts and FX’s The Bastard Executioner. She’s best known for her work as Gemma Teller Morrow on FX’s Sons of Anarchy (2008–2014).

Needless to say, Segal’s most famous role to date was as Peg Bundy on Fox’s Married…With Children (1987–1997). It’s the show that helped make her a household name! In addition, the multi-talented actress also famously voiced Leela on Fox/Comedy Central’s Futurama (1999–2013).

Now as far as whether or not Grand Hotel will be returning for a second season remains to be seen.

While there’s no doubt that fans would love to see the drama continue, the ABC network has not made any comments on whether or not they will renew the series just yet.

Instead, the network’s execs hinted that they want to see how the show’s ratings will look by the end of this season before making any decisions.

With that said, we are hoping that the Grand Hotel will stick around for some time to come. And that’s not just because Bryan Craig is on the show. It’s also because the drama is one of the sexiest shows on prime-time television with a stellar cast, great storylines and some of the best styles we’ve seen come out of South Beach in a very long time! What do you guys think?

Keep up with Celebrating the Soaps for all the latest news right here.