Young And The Restless Spoilers: Will Chelsea And Phyllis’ Form Secret Alliance? 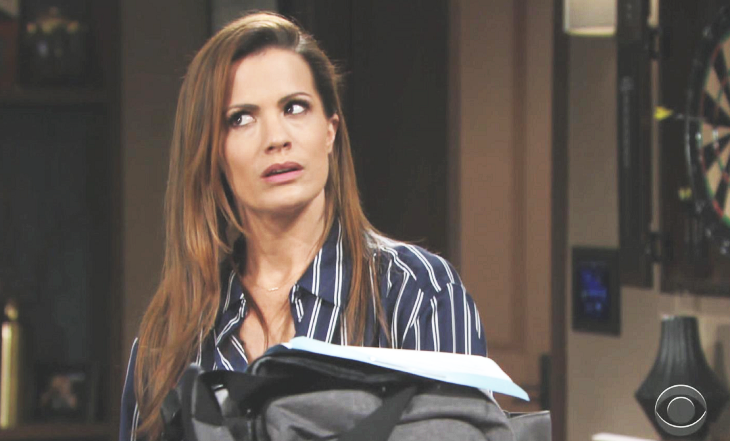 Phyllis Summers (Michelle Stafford) finally got someone to agree to her proposal on ‘The Young and the Restless’. Abby Newman (Melissa Ordway) doesn’t trust Red, but she’s intrigued about potentially buying the Grand Phoenix Hotel from Adam Newman (Mark Grossman).

In order for Abby to make an offer, she wants Phyllis to become a 20 per cent investor. She’s given Stafford’s earnest character one week to come up with that heavy cash amount.

Young And The Restless Spoilers – Investment Opportunity She Can’t Refuse?

Chelsea’s sole focus is protecting Connor Newman (Judah Mackey). She believes Adam has reverted to his old ways. In a wink to the fans, Egan’s character also said that she didn’t recognize her former husband anymore. Grossman’s hire as the recast was written in between her lines.

It surely seemed like a setup that competing scenes had Chelsea realizing another high value inheritance, via Calvin’s last will and testament, while Phyllis was tasked with getting money.

How Phyllis learns of Chelsea’s bounty is likely to be soapy. Convincing a fellow con might not be that hard, as the incentive to take something from Adam and then forge a new path in Genoa City, Wisconsin, should prove alluring enough for Chelsea.

Young And The Restless Spoilers – Redemption Sought Through Real Estate

Phyllis is openly claiming that her hotel project is more about redemption than great plans to be a property maven. She knows that many were wronged in the past and more recently and sees this real estate based business as an opportunity to regain respect.

Whether Phyllis hopes to reconcile with Nick in the future is questionable. Jack Abbott (Peter Bergman) has long been her deepest love. The second brother choice, Billy Abbott (Jason Thompson), is currently committed to Vickie.

Actually, Phyllis is telling the truth. She does want to restore her GC reputation. Being consistent and continuing to perform good deeds can eventually allow that to happen.

If Chelsea is to become Phyllis’ financial backer, then Y&R will be establishing an intriguing triangle with big time potential. Along with Abby, all three characters are individualists who strive hard toward their own goals.

Savvy, but also prone to getting off-track, these potential partners would surely prove to deliver collaboratively compelling scenes for all viewers. Here’s hoping Phyllis’ hotel plan is realized, so that another surely beautiful set can be seen, along with the drama that will take place on it.