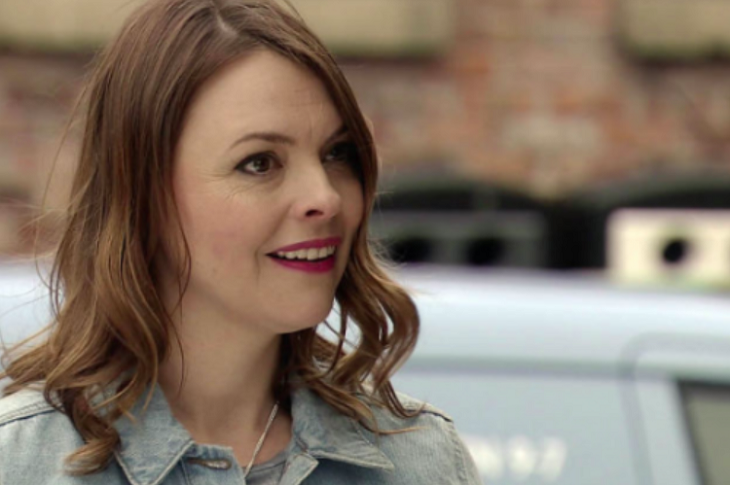 Next week on “Coronation Street,” Tracy Barlow (Kate Ford) will do something unlike her. She will convince Emma Brooker (Alexandra Mardell) to stay in Weatherfield, after finding out that Steve McDonald (Simon Gregson) is her biological father.

Steve is set to confess to Emma, who later on gets in touch with Fiona Middleton (Angela Griffin) to find out the truth.

The shocking revelation will be too much to bear for Emma, who will decide to leave town. A lot of people will try to persuade her to stay, including Tracy and Amy Barlow (Elle Mulvaney). The two will even go so far as to follow Tracy to the station platform. Will they be able to convince her to stay?

Emma decides to pack her bags after she learns the truth about her paternity. Her half sister, Amy tries to convince her to stay but she still says goodbye to Maria Connor (Samia Longchambon), Gemma Winter (Dolly Rose Campbell), and Chesney Brown (Sam Aston).

Frustrated and furious about what’s happening, Amy will tell Steve and Tracy to figure things out. She will insist that Emma is already part of the family and they need to stop her from leaving.

She manages to get through to Tracy, who then sets off to find Emma. Meanwhile, Amy tries to convince Ches, Gemma, and Maria to reveal where Emma has gone to. They eventually find her on the station platform where they try to change her mind.

Speaking up about her new storyline, Mardell, who plays Emma, said, “She’s had enough by this point. Emma doesn’t have a good relationship with her mum, so all the close relationships she’s made on the Street were really important to her.

“There’s a fresh new one with Steve, but because the trust has just gone with everyone, she thinks, ‘Right I’ve had enough. I need to get out of here. It’s too much for me. She needs someone to show her that there are more reasons for her to stay, but she just can’t see them.”

In terms of the people who comes after her alter ego, Mardell also revealed that “It’s a bit of a shock that Tracy and Amy are the ones who go to the station platform. But Tracy is looking out for her daughter, I don’t think she’s looking forward to taking Emma on!”