Days Of Our Lives Spoilers: Jack Confronts Jennifer And Adrienne – Getting Back To His Old Self? 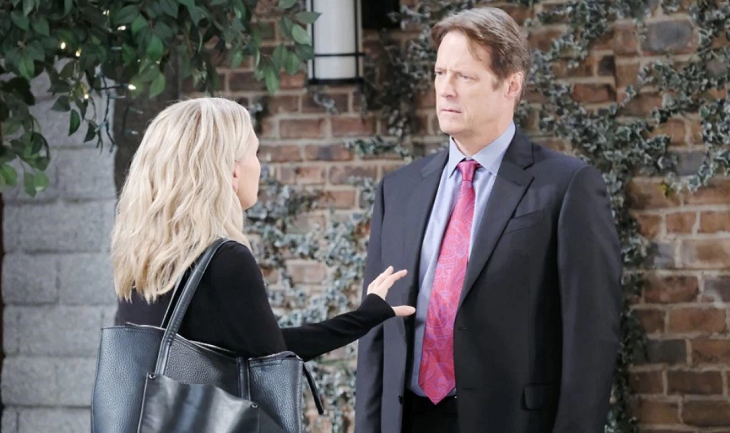 Days of Our Lives spoilers reveal Jack Deveraux (Matthew Ashford) confronts Jennifer Horton (Melissa Reeves) and Adrienne Kiriakis (Judi Evans) over an article. Both women run the newspaper, the Salem Spectator. Jennifer hasn’t been too kind in the articles she has published on her recently resurrected husband.

According to the latest issue of Soap Opera Digest, Jack and Jennifer will have another confrontation. Once again, it is about a newspaper article that Jennifer wrote about her ex-husband, who is also the new mayor of Salem. She doesn’t think very highly of him these days. Of course, that is due to the selfish actions of Eve Deveraux (Kassie de Paiva).

Jack and Jennifer’s history is complicated. Throughout their time on the NBC soap opera, they have experienced periods of hate for one another. Then, they would go through periods of undying love for each other. It’s like a roller-coaster with these two characters.

Days Of Our Lives Spoilers – Eve Deveraux Was Feeding Him Information

The underlying reason for their hatred now is Jack not remembering his past. He doesn’t even remember his own children, JJ Deveraux (Casey Moss) and Abigail DiMera (Kate Mansi).

It’s not just that, though. Eve has been feeding him information on how to be and how to behave. It was her idea for him to run for mayor.

She was the one that was telling him lies about Jennifer. He realizes it now, but still doesn’t really know Jennifer or recall their past together.

Even though he has since tried to be a little more understanding when dealing with her, Jennifer is holding onto her resentment. Using the newspaper as her creative outlet, she is venting her rage in print for all of Salem to read.

Days of Our Lives spoilers suggest that these two are going to reach a breaking point soon. There will probably be one more explosive argument and then the two will realize they still love one another.

Love comes from the heart – Jack’s memory isn’t necessary for him to know what his heart is saying. Jack and Jennifer belong together. Let’s just hope that Jennifer’s article isn’t too scandalous to be forgiven.