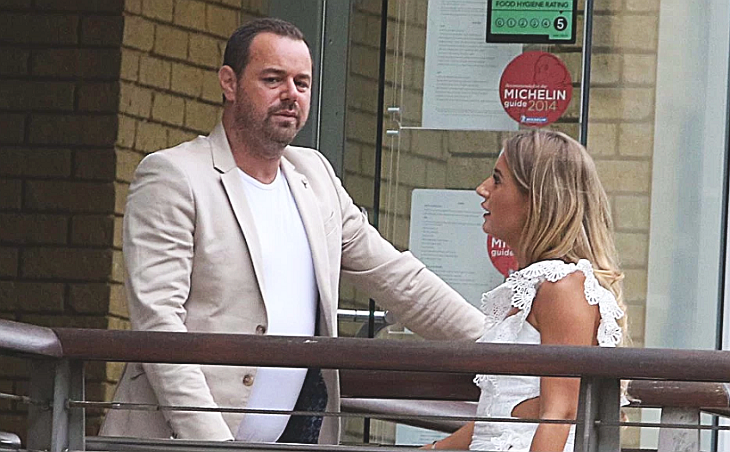 Texting scandal? What texting scandal? Clearly, everything is all good for Danny Dyer in his personal life. As a matter of fact, the Eastenders star had nothing but sweet words for his daughter Dani on her birthday.

The actor, who is best known for his role as Mick Carter, posted a new photo of the daddy and daughter duo on his Instagram account to help celebrate her birthday. Here’s what you need to know.

Sharing a pic of Dani behind her father with her hand on his shoulder, the handsome actor wrote, “Happy Birthday to my baby girl @danidyerxx can’t believe you’ve been in my life for 23 years. My chest bursts with pride every day. Love you.”

Happy Birthday to my baby girl @danidyerxx can’t believe you’ve been in my life for 23 years. My chest bursts with pride every day. Love you. ❤️❤️❤️❤️❤️

Aww, how sweet! A lot of Danny’s fans commented on the photo with, “Hope she has the most beautiful day💗you should be so proud. the best dad out there for any kid x,” along with, “Aww such a beautiful message hope she has a wonderful day she deserves it so much.”

“She’s a beautiful soul Danny she’s followed her heart and stayed humble throughout it all that’s what I admire about her happy birthday beautiful princess Dani have the best day surrounded by family and friends enjoy,” another fan wrote. “Proud parents I say.”

Just recently, it was reported that Dyer got himself in a bit of embarrassing trouble after he sent photos of himself to a mystery blonde. Needless to say, this didn’t sit very well with his wife, Joanne Mas.

EastEnders News – Involved In A Texting Scandal With Mysterious Woman

The couple were in a long-term relationship before they decided to make things official by tying the knot in 2016. They have three children: Dani, 22, Sunnie, 11, and 5-year-old Arty.

The mysterious woman says that Dyer sent the texts to her right before his wedding day to Joanne. She is a former topless model that he has apparently known for years.

So far, Dyer himself has not made any comments about the controversy but at this point, it’s doubtful that he will say anything. For now, we wish a very happy birthday to Dani!