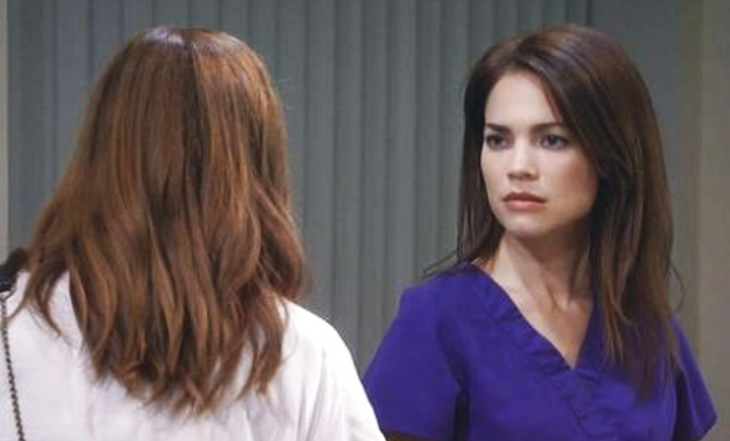 Until a reverse procedure is developed, Franco may never be the Franco he once was. This is a difficult thing for Elizabeth to deal with emotionally, as it will be for her boys, and especially for Cameron. He  continues to blame himself for the situation, in spite of everyone telling him, including Franco, that it was not his fault.

Although the two situations are much different, Hayden may never get her ex-fiance Dr. Hamilton Finn (Michael Easton) back either, since he has long past moved on with Anna Devane (Finola Hughes). Still, Hayden knows how it feels to lose someone and worry that the loved one will never return, or never be the person he once was.

Hayden may be in town with an agenda, but Elizabeth and her family are probably not part of it. Hayden will understand how devastated her sister is and offer support. This is a strange situation indeed and it is not even known if Franco’s memories and personality are merely buried under Drew’s. Or, if they have been totally overridden, meaning there is nothing of Franco left to salvage even if a reversal procedure was developed. Perhaps Hayden will confess to Elizabeth about what really happened to Baby Finn as well, and the sisters will bond by talking things out.

General Hospital viewers will recall that several years ago when Hayden first appeared in Port Charles, she and Elizabeth were enemies and rivals, especially since Hayden was claiming that the man Liz was then in love with was her husband and that they were from Beecher’s Corners.

General Hospital Spoilers – Will The Sisters Bond Because Of Their Troubles?

Ironically, the man was Drew Cain, who Liz thought was an amnesiac Jason Morgan (Steve Burton) who went by Jake Doe because of his amnesia. He was thought to be Jason because of a facial reconstruction program Damian Spinelli (Bradford Anderson) used that reversed Jake Doe’s face to pre-surgery status, which made him look like Jason, because they were identical twins!

Hayden was involved with Nikolas Cassadine (Tyler Christopher) by the time everyone else figured out who “Jake Doe” was, although he actually wasn’t, and that wasn’t known until the real Jason came back to town.

But Hayden and Liz gradually overcame their obstacles and differences, and found out they were sisters – actually half-sisters, because of Liz’s father, Jeff Webber (Richard Dean Anderson) having had an affair with Hayden’s mother, Naomi Dreyfus (Robin Riker).