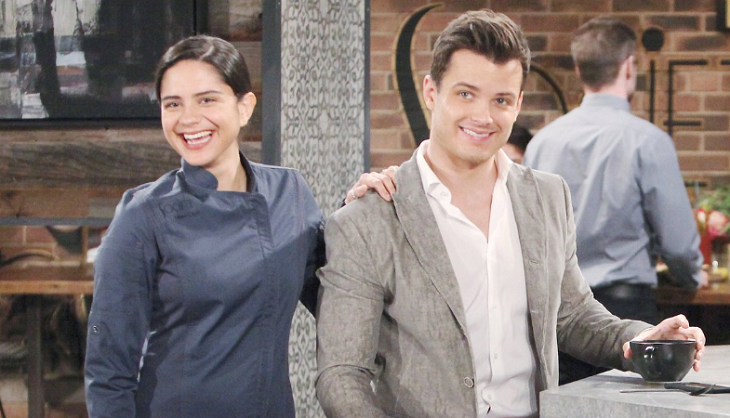 The Young and the Restless spoilers indicate that Kyle Abbott’s (Michael Mealor) secret about New York will soon be revealed.

As Kyle prepares for his upcoming wedding to Lola Rosales (Sasha Calle), his former friend Theo Vanderway (Tyler Johnson) keeps taunting him about an incident that happened in New York. Kyle claims the incident happened when he was younger and a party boy. For some reason, Kyle wants to keep the secret hidden from Lola.

Fans are curious about Kyle’s secret and from what we know so far, a girl was involved and she almost died. In the aftermath, Theo paid off the girl’s father. So what happened in New York?

One theory is that Kyle was involved with drugs and alcohol. He and Theo were party boys, and hit the clubs to pick up girls. It’s a possibility they could’ve gotten one of the girls hooked on drugs and she almost died of an overdose.

Another theory also involves drugs, but this one has to do with a disoriented Kyle being behind the wheel of a car. The girl may have been his passenger and they were involved in a car wreck. When the girl’s father threatened a lawsuit, Theo stepped in to make sure a scandal didn’t erupt.

The next theory is that Kyle got a girl pregnant. Being a young kid, Kyle wasn’t ready for fatherhood and convinced the girl to have an abortion. Complications arose during the procedure and almost cost the girl her life.

Could one of these theories be Kyle’s secret or is there something else he’s keeping hidden? It’s only a matter of time before Kyle’s past is exposed. His wedding to Lola is this week and all soap opera ceremonies have drama.

Despite Kyle’s threats, Theo hasn’t backed down and he’s ready to reveal what transpired in New York. The question is whether he does it at the wedding.

How cute are these two? 😍 #YR pic.twitter.com/BxU8aEJzYy