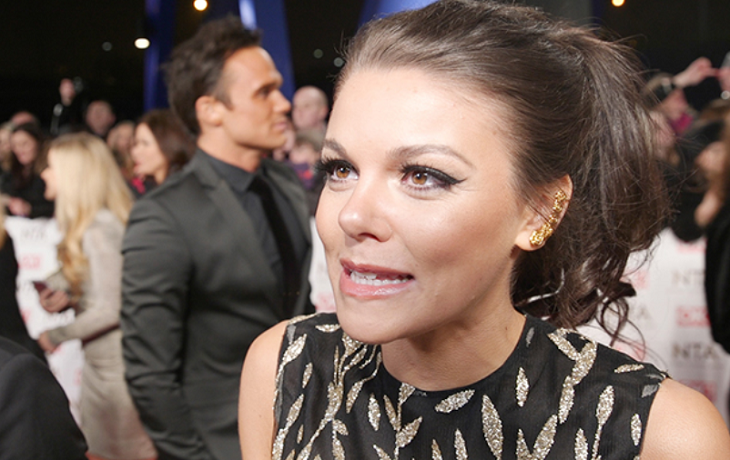 Say it isn’t so! It looks like Coronation Street star Faye Brookes (Kate Connor) is single again. As a matter of fact, there are new reports that say the brunette beauty has split up with her fiancé Gareth Gates. One source close to the ex-couple claim that they have called off their engagement. Here’s what you need to know.

According to the Manchester News, the 31-year-old Corrie star is feeling heartbroken after realizing that her relationship with the chart topper isn’t working out. Thankfully, she has the support of her friends and family who are helping her get through this very difficult time.

“They still care very much about each other and want to remain friends, but the wedding has been called off,” an insider says, adding, “Her family and close friends have been supporting her through the split.”

Coronation Street News – Couple Realized They Weren’t Meant To Be

The source also says that Brookes has been trying to keep herself busy with work projects following their split. While the couple had tried to make things work, they realized that it just wasn’t meant to be.

So far neither Brookes nor Gates have made any comments about the split to the media, but the actress did have a few things to say in a recent Instagram story that she shared with her social media followers.

“These few days might feel challenging or even disorienting – especially around your identity and relationships,” Brookes posted. “Right now, you could feel a sense of sorrow and deep grieving.”

Another part of the quote read: “Your identities can feel like it’s slipping away and that it’s no longer relevant or important. Can I face the fear of letting go of any superficial part of my identity?”

Gates proposed to Brookes during a trip to New York City back in January. She told OK! Magazine after the engagement, “We were both crying the whole way through. Once it was finished,Gates got down on one knee and said: ‘Will you spend the rest of your life with me?’ And of course I said yes straight away. It’s every girl’s dream to find the perfect man for her and then have the perfect engagement, so I feel very lucky.”