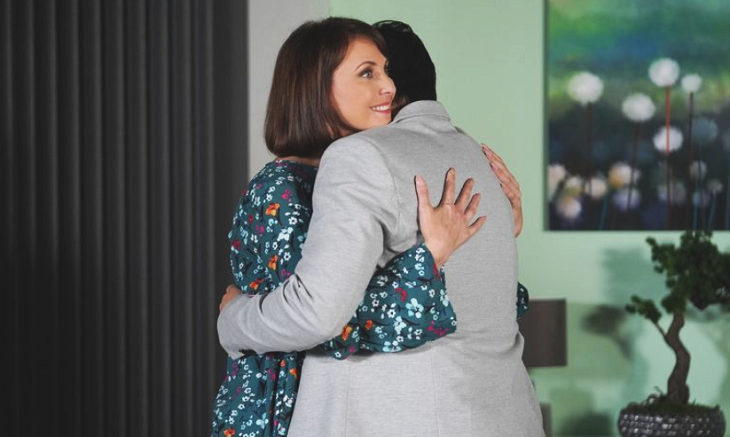 Viewers have seen Honey Mitchell (Emma Barton) bury her head in the sand where Adam Bateman (Stephen Rahman-Hughes) is concerned. She’s been warned that her partner is not someone who should be trusted.

However, she continues to be in denial that Adam might be cheating on her. But will she finally see things clearly after getting involved in Habiba Ahmed (Rukku Nahar) and Iqra’s Ahmed (Priya Davdra) problems?

Honey’s suspicions about Adam’s adulterous ways are piqued once again after having a talk with Iqra. After their conversation, Honey asked her kids Will and Janet to pack their things. It seemed as if they were leaving.

But when Adam came home, Honey broke the news that they would be going away together without the kids. What is she up to? Will she finally confront Adam over his affair with Habiba? Or are they going away so they could spend quality time together?

Adam has been cheating on Honey for months with his family friend Habiba, who’s head over heels in love with him. He’s been promising Habiba they will be together and that he’ll end things with Honey for good. However, Habiba may have sensed that Adam has no plans of leaving Honey so she decided to end things between them.

Meanwhile, Honey has been warned by her ex-husband Billy Mitchell (Perry Fenwick) but she still remains none the wiser. She confronted Adam, who denied the accusation point blank, even if it seemed like Honey already knew about his infidelities but chose to ignore it.

In recent episodes, Honey and Habiba seemed to have gotten closer together Honey was there to offer Habiba the support she needed at the time when she was feeling upset with her sister. Habiba confided in Honey that her sister didn’t tell her that she was seeing someone, when the both of them should have been sharing secrets like these.

Honey explained that just because Iqra didn’t tell her doesn’t mean she doesn’t love or trust her. Later, Habiba thanked Honey for her support and said that she deserves someone better than Adam.

“Guilt? Adam? He’d have to have a conscience to feel guilty.”#EastEnders. Tonight. 7.30pm. pic.twitter.com/Mq54H7l7uq

After their conversation, Honey talked to Iqra and later on surprises Adam. Viewers have to tune in to know what Honey is really up to.