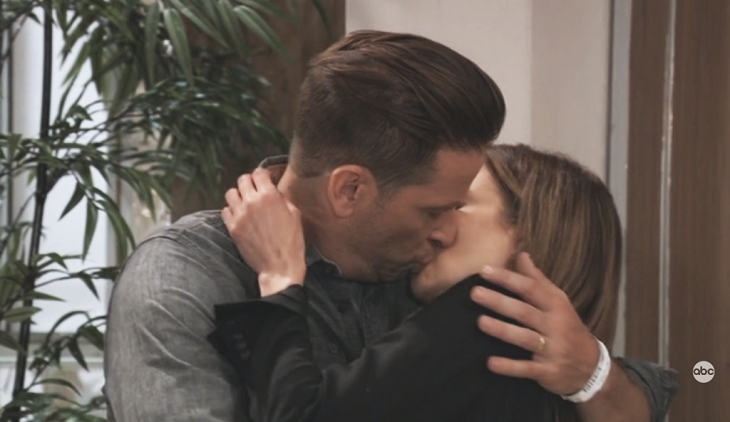 General Hospital spoilers tease that Kim Nero (Tamara Braun) will find comfort in her past – but will that past be with Franco Baldwin (Roger Howarth), who has Drew Cain’s (Billy Miller) memories from 2012 on back?

The new Drew in Franco’s body has such a case of the hots for Kim that on a recent episode he completely forgot his mission to hunt down “Hank” Shiloh Archer (Coby Ryan McLaughlin) when he spotted her. Kim was totally confused to hear Drew’s memories coming out of Franco’s mouth, and even more confused when Franco thought he was Drew!

But yet there he was – talking about all those romantic things she and the real Drew used to do before their son, Oscar Nero Quartermaine (Garren Lake Stitt) was conceived. Reliving those memories, even if Drew is in a different body, may provide a source of comfort to Kim in her grief.

General Hospital Spoilers – Kim Nero’s Desire To Have Another Child

Afterall, when she and Oscar first came to Port Charles, Drew was in a different body anyway, his face was different and his memories, now in Franco, were absent. However, Kim may have a time fighting off his passion, and the question remains, will Drew’s personality and memories win out over Kim’s commitment to Julian Jerome (William DeVry)?

Kim seems to have gotten past thinking a new baby would replace Oscar in her heart. She also knows that a baby with Franco wouldn’t be right, since on the outside he’s Franco, her friend Elizabeth Baldwin’s (Rebecca Herbst) husband. But since Franco is really Drew inside – the Drew she knew and who knew her – the temptation may just be too difficult to resist!

Of course, the real Drew Cain (Billy Miller) is still in town and he will intervene in any way he can to stop that from happening if at all possible. But his old self in Franco may just not take no for an answer from Kim and will undoubtedly continue to pursue her romantically and otherwise. This is the perfect storm, as they say, for Kim to relive in a very real way her memories the night Oscar was conceived and maybe recreate that magic moment.

Elizabeth understands that Franco thinks he’s Drew, and in a very real way he is – the Drew of the past! But how far will that understanding go if Kim decides to make Franco “her” Drew?

It sounds like a falling out between friends and a real battle is ahead for Elizabeth to make sure Franco understands she is his wife, not Kim!