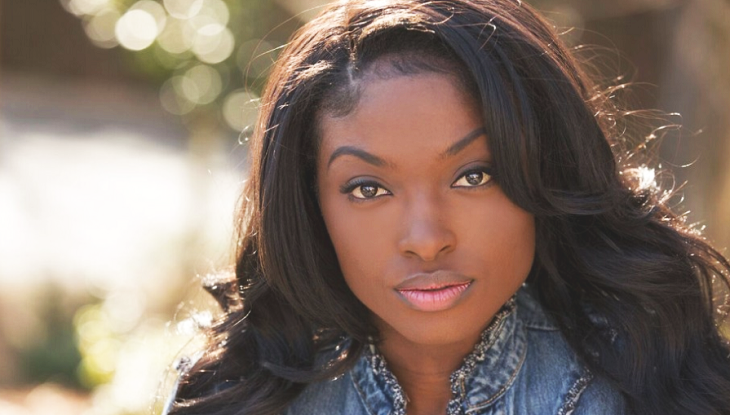 The Young and the Restless star Loren Lott (Ana Hamilton) might no longer be on daytime television, but that doesn’t mean she’s not keeping busy. As a matter of fact, the stunning actress has just landed herself an exciting new role! Here’s everything that you need to know.

Lott, who played Devon Hamilton’s (Bryton James) baby sister on The Young and the Restless for about a year, will now be making her way to prime-time. The talented actress posted about it on her social media account.

Sharing a short but sweet clip of her dancing near a parking lot, Loren wrote, “#Mood!! I’m booked again!! I can’t wait to start filming 😭💙💚I’m back on prime time! You know what that means! FREE FOOD!! CRAFT SERVICES!! BADDIE MAKEUP! I just want to say when God closes one door he opens another. trust him! I’m forever grateful. Thanx to my team! @cleartalentgroup@crackerjackmanagementeast@crackerjackmgt.”

Young And The Restless News – Fans Expressed Their Congratulations

Clearly this girl is on fire! While she didn’t reveal any other details about her new role, her fans sure had a lot to say about it!

A lot of her fans commented on the post with, “Congratulations!!! I thought you were going to announce CTA2! Kill it Queen!!” along with, “This is amazing news. Congrats.

“You deserve all of the success in the world because you definitely work hard for it. Your soap fans are going to miss you on The Young and the Restless but it’s fun to see you go places too.”

Young And The Restless Spoilers – Will Ana Hamilton Return To Genoa City?

“Come back to The Young and the Restless!!! I kept thinking where is Ana while watching the bachelorette party,” another fan wrote. “It’s not the same without you!!! But congrats on your new adventure. Your fans are going to support you no matter what you do.”

With that said, there’s always the possibility that Lott might return to the soap world, seeing how Ana still has an open storyline back in Genoa City. She might not be around now, but that doesn’t mean she will be completely forgotten.