Young and the Restless POLL: Should Victor and Jack Become Friends? Vote Now! 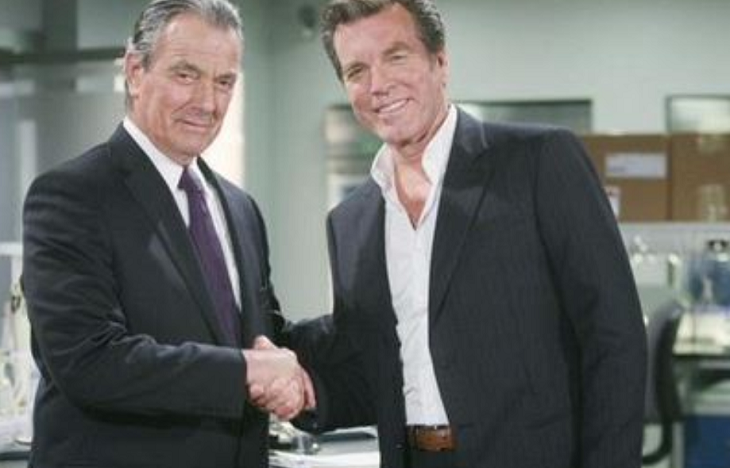 Victor Newman (Eric Braeden) and Jack Abbott (Peter Bergman) have sporadically been friendly on ‘The Young and the Restless’. But those instances were out of necessity, or with some motive in mind.

The mostly family related conversation they had in Victor’s office included an agreement that their recent interactions don’t represent bonding. However, it’s fair for Y&R fans to consider if Victor and Jack should become friends?

This poll question isn’t meant to predict if the show will write the characters in this direction. Instead, it asks viewers if that’s the decision they would make?

Of course it would be absurd suddenly have Victor and Jack bond. But what if their relationship continued to slowly thaw as the months passed and eventually that dynamic led to some type of friendship?

A red herring would be thrown into the room if it were suggested that the man who Jack has been calling the Black Knight, the Mustache, and Lurch could never develop a different perspective at this mature point in his life. Yes, that is a reference to Jack (and Victor) being longtime players on this show.

There are surely some Genoa City, Wisconsin, observers who are aware of people within their own lives who’ve turned various personal connections around. Cynics refuse to believe that’s possible, or won’t acknowledge emotional evolution when it happens. Considering that GC represents a fictional reality, Jack could follow in the footsteps of real life personalities who’ve surprised their loved ones and friends through such growth.

Christian Miller, Victor’s name at birth, is a product of his childhood, which included indelible time spent at the often referenced orphanage, and a self-directed ride up the business elevator that led to the executive suite at Newman Enterprises. Victor grew up in far different circumstances than Jack and unlike his rival, had Albert Miller (George Kennedy) as his father, who was nothing like John Abbott (Jerry Douglas).

Victor believes Jack can’t change, which indicates that he’s not receptive to any overtures Bergman’s character would make. Yet, Braeden’s character did ensure that Jack lived when he was trapped with him in The Underground’s collapse a number of years ago. This summer, Victor shook Jack’s hand after he’d been helped in the Jabot garage after being overcome due to the side effects of his blood disease condition.

However, some type of dramatic event could be used as the plausible path that allows Victor to soften his stance toward Jack. To say this isn’t possible would overlook the suspension of disbelief scenario that’s used in escapist entertainment.

Various fans may always reject the idea that Victor and Jack should come to pal around with each other. But seasoned soap viewers would be willing to accept a progression of circumstances where Jack and Victor come to see each other in different lights. Victor’s condition has already made Jack view his nemesis differently.

Young And The Restless #YR Spoilers: Will Jack And Victor Bond Over His Dire Diagnosis? https://t.co/xLFOBGabHH

Victor is the harder sell. But if Jack demonstrates some form of consistency that actually represents respect, it would be reasonable to think that he could be seen directly by Victor, rather than with a downward glare. That potential perspective would be a starting point.

Fans of ‘The Young and the Restless’ rightfully express their opinions on a regular basis. So, should Victor and Jack become friends? Please vote in our poll below!