General Hospital Spoilers: Sonny And Carly Celebrate – Is It Good News About Their Baby? 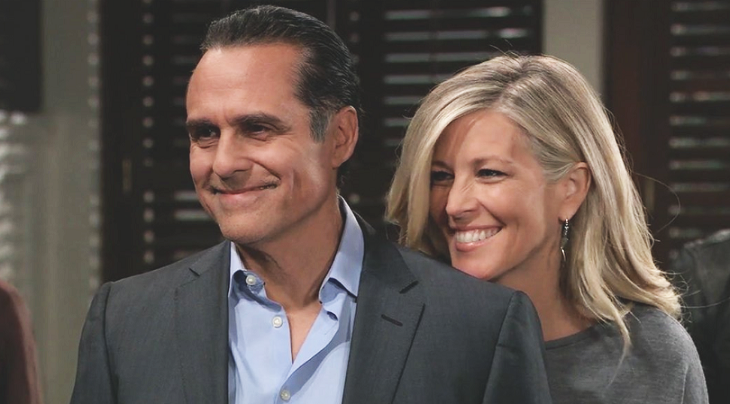 General Hospital spoilers tease that Sonny and Carly Corinthos (Maurice Benard, Laura Wright) will have cause to celebrate. As General Hospital viewers know, Carly’s seven-month ultrasound will be coming up soon, in which they will be able to provide more information as to how badly disabled their new babymay be because of the spina bifida. Will they be celebrating because Dr. Sofia Navarro (Christina Ferraro) finds that the baby will only be minimally affected?

Carly has been stressing over the new baby and how handicapped the baby will be and how severe the spina bifida may be, although she has kept it well hidden. Dr. Navarro had told Sonny and Carly that she would be able to tell more in the next ultrasound, which would be the seven-month ultrasound.

General Hospital viewers will recall in a recent episode that Carly had been studying up on spina bifida, and had asked if surgical correction would be possible in-vitro. Dr. Navarro said it would not be possible, because of Carly having a high-risk pregnancy and she didn’t want to risk something going wrong with either Carly or the baby in a surgery.

General Hospital Spoilers – Is The Type Of Spina Bifida A Minimal One?

In the form of spina bifida that the Corinthos baby was seen to have, called meningocele, the protective membranes around the spinal cord (meninges) push out through the opening in the vertebrae, forming a sac filled with fluid. But this sac doesn’t include the spinal cord, so nerve damage is less likely, though later complications are possible.

In this most severe form, the spinal canal is open along several vertebrae in the lower or middle back. The membranes and spinal nerves push through this opening at birth, forming a sac on the baby’s back, typically exposing tissues and nerves. This makes the baby prone to life-threatening infections.

Ultrasounds, which are like sonar in that they form images according to sound waves bouncing off things, don’t produce the clearest pictures. An MRI or CT scan would have been much more precise, but normally unless a life-threatening condition is suspected in the mother, medical professionals don’t like to expose a pregnant woman to that much radiation. Therefore ultrasound is the tool of choice which uses no radiation.

There is a slight possibility that something else could have looked like a spina bifida sac on the baby’s back, possibly even the umbilical cord being slightly kinked or wrapped around the baby.

If in Carly’s seven-month ultrasound what Dr. Navarro saw wasn’t a spina bifida sac at all but something else like that, this would be cause for celebration indeed! The blood tests may have picked up on something but possibly not as severe of a condition as previously thought as well.