Bold And The Beautiful Spoilers: Courtney Hope’s Other Passion 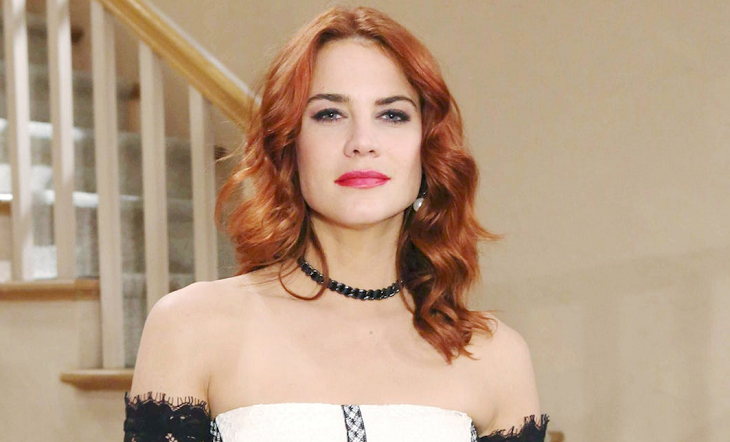 Aside from acting, Courtney Hope, who plays Sally Spectra on The Bold and the Beautiful, has another passion. When she’s not shooting her scenes, she teaches dance and fitness routines as an instructor at Cardio Barre. She helps individuals who wants to sculpt, tone, and strengthen their body like a professional dancer.

Fans may be wondering if it works. Just take a look at Hope’s physique! It’s enough to answer the question. The actress revealed that she makes sure to workout at least once a week even if she’s busy on the Bold and the Beautiful.

“Normally, I like to go twice a week, and I mix that with walking and Pilates, which I am also trained in,” she told Soaps In Depth. “I try to mix it up, because I’ve learned that my body kind of likes a little bit of everything.”

Back to her life as Sally Spectra on “The Bold and the Beautiful,” viewers have seen her forgiving side. Even after Wyatt dumped her for a modest mistake, she still open to the idea of taking him back.

Now that Wyatt learned about Florence “Flo” Fulton (Katrina Bowden) hand at the baby swap scheme, he now realized that Sally’s mistake was nothing compared to what Flo did.

Flo’s secret has affected and hurt not just him but a lot of people he cared about. It was a mistake to believe to put his trust on her and think that she was an honest person.

Bold And The Beautiful News – Will Wyatt Spencer Feel Sorry For Flo Fulton?

Because of this, Wyatt and Sally may find themselves back in each other’s arms. Although, Sally will surely be delighted at the thought of giving her relationship with Wyatt a second chance, there is also a big possibility that she might end up getting hurt again in the end.

Spoilers for the week August 19-23 hinted that Wyatt may start to feel sorry for Flo. Hope Forrester (Annika Noelle) and Ridge Forrester (Thorsten Kaye) want Flo to pay for what she did, which means she might be arrested. If this happens, Wyatt might not be able to stand to see Flo suffer. He might end up being at her side, leaving Sally heartbroken once more.