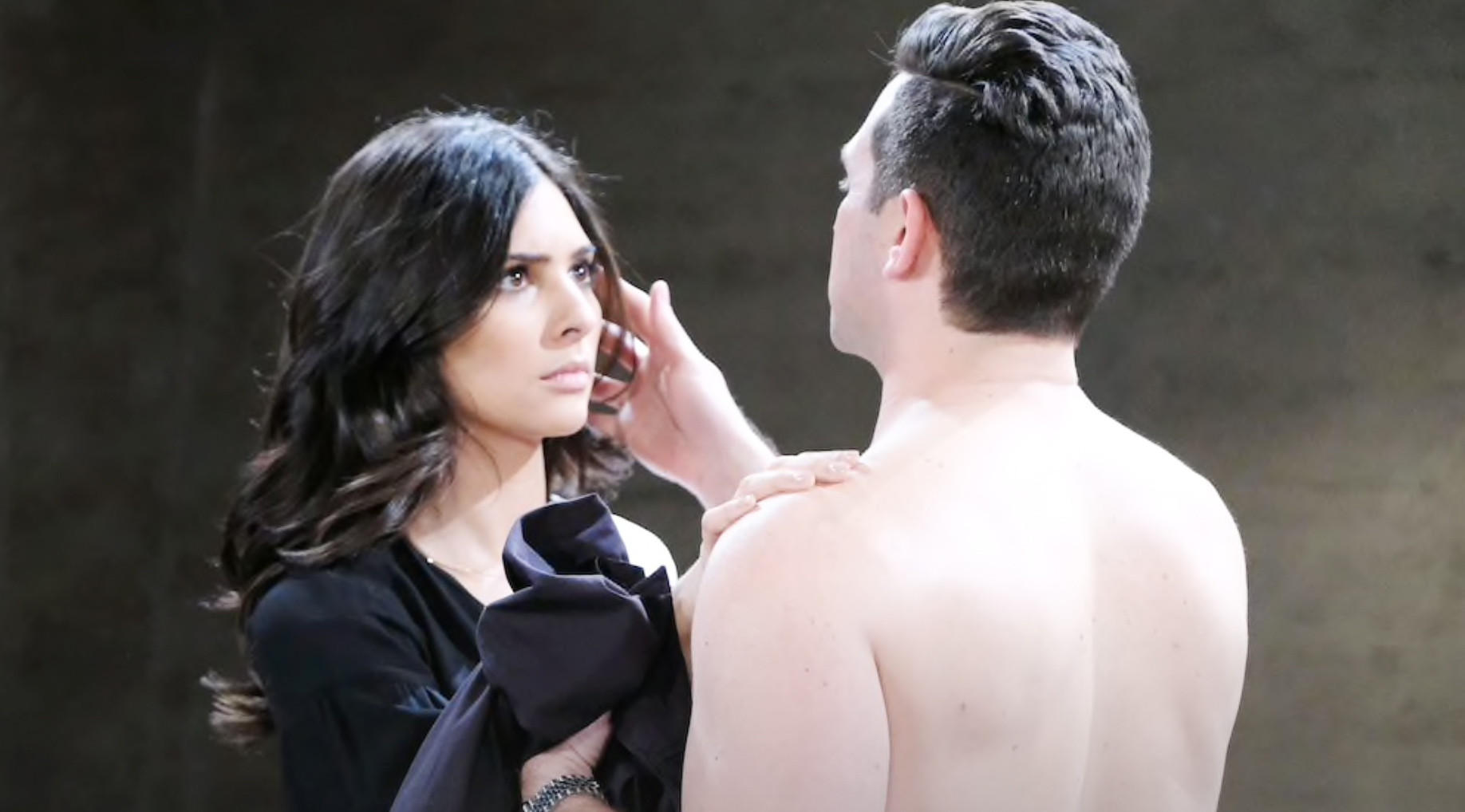 “Days of Our Lives” spoilers for the week of August 19-23 tease that some big surprises are in store. First, let’s talk about Gabi DiMera (Camila Banus) and Stefan DiMera (Brandon Barash). They’ll find themselves trapped in the DiMera secret room thanks to Kristen DiMera’s (Stacy Haiduk) desperate strategy. While they’re stuck down in the tunnels, Stefan and Gabi will have a chance to really talk.

DOOL fans know “Stabi’s” relationship has been incredibly complicated. Gabi’s betrayal was a tough blow for Stefan, but there’s still a lot of love on both sides. “Days of Our Lives” spoilers say Gabi and Stefan will accept that this week. They’ll realize they’re fighting a good thing, so they’ll tear down their walls…and tear off each other’s clothes. Some steamy scenes are on the way!

Meanwhile, John Black (Drake Hogestyn) and Marlena Evans (Deidre Hall) will enjoy their anniversary party – at least at first. Brady Black (Eric Martsolf) will hope for a drama-free evening, but it’ll be crammed full of drama instead. “Days” spoilers say suspicions will swirl about “Nicole DiMera” (Arianne Zucker). She’ll do her best to play it cool, but the pressure will quickly rev up.

Days Of Our Lives Spoilers: Desperate Kristen Points Gun At Marlena – Will The Good Doc Get Shot?

At some point during the bash, Kate Roberts (Lauren Koslow) will end up attacking Susan Banks (Stacy Haiduk). It appears Kate will think Susan is actually Kristen, but that obviously won’t be the case. DOOL’s promo seemingly shows Kate trying to rip Susan’s teeth out to prove she’s a phony. She’ll owe Susan an apology before long!

However, Susan’s night won’t get any better when she’s tied up and locked away by “Nicole.” Kristen will fear that Susan might inadvertently rat her out. Perhaps that Sister Mary Moira Banks (Stacy Haiduk) encounter will be what Kristen frets over.

“Nicole” will rejoin the festivities and pretend everything’s fine, but the party will take another shocking turn. After Xander Cook (Paul Telfer) divulges the name of his boss, Eli Grant (Lamon Archey) will spread the word. John and Hope Brady (Kristian Alfonso) will figure out that Kristen must be posing as Nicole.

“Days of Our Lives” spoilers say John will corner “Nicole” and wrestle the mask off her. Kristen will be exposed publicly before she pulls a gun on Marlena, so this is sure to be one wild night! We’ll give you updates as other “Days” news and rumors emerge. Stay tuned to DOOL and don’t forget to check Hollywood Hiccups often for the latest “Days of Our Lives” spoilers, rumors, updates, and news.