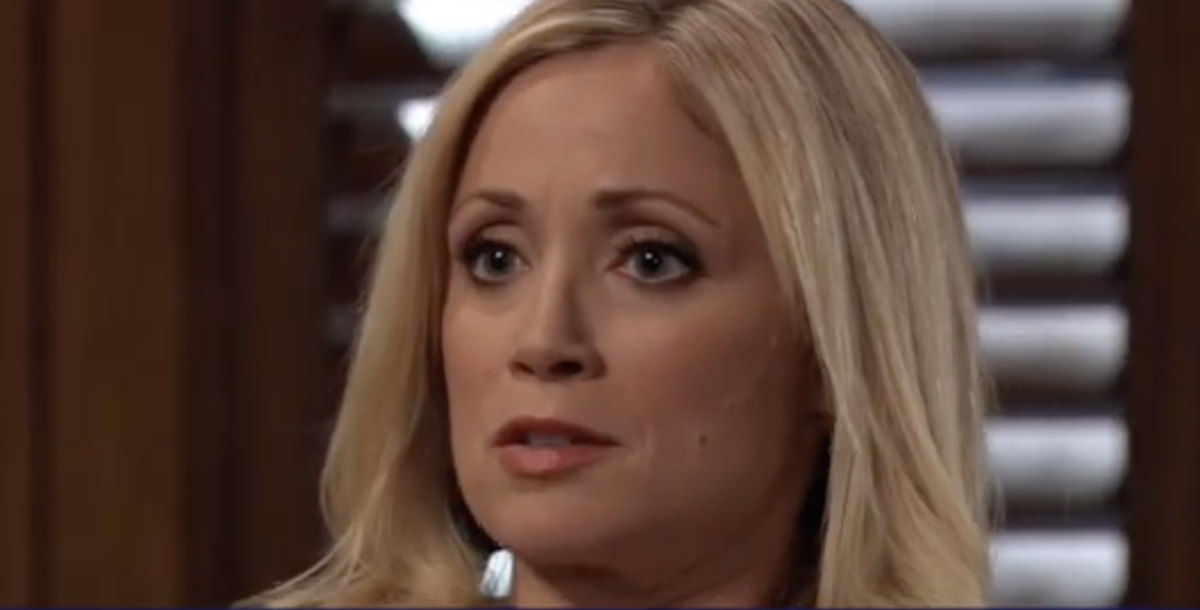 Julian Jerome (William DeVry) prepares his goodbyes to friends and family in Port Charles as he has put Charlie’s Pub up for sale, and prepares to move to Manhattan with girlfriend Kim Nero (Tamara Braun). But first, he wants to reconcile with his birth daughter Samantha McCall (Kelly Monaco) if possible, and square away any unfinished business with his ex-wife and baby mama Alexis Davis (Nancy Lee Grahn). Alexis will reminisce about their mutual past, but because of recent developments in Port Charles, Kim may not be so ready to head to the Big Apple as she thought she was!

The aftermath of Franco Baldwin’s (Roger Howarth) heroic act of sacrificing himself as a vessel for Drew Cain’s (Billy Miller) pre-2012 memories will affect many others in Port Charles besides himself, including Drew! Drew and Curtis Ashford (Donnell Turner) will head to Elizabeth Baldwin’s (Rebecca Herbst) home, to provide support, updates and brainstorm to try and reach a solution to retrieve Franco’s memories.

Peter August (Wes Ramsey), who also witnessed the brouhaha at the Floating Rib, felt guilty for using the flashdrive of Drew’s memories as leverage at one time, and may also reach out to his old contacts in the DVX and other places to see if he can find someone who can reverse the process without leaving Franco a vegetable! He may, however rethink this decision.

There was no baseline of Franco’s memories made by Dr. Arthur Cabot (Time Winters) as far as anyone knows, and Franco, believing himself to be Drew even when spoken to by the real Drew, found himself in a jail cell at the PCPD when he had a couple too many at the Floating Rib, and took a swipe at Detective Harrison Chase (Josh Swickard) when he called him “Franco!” Jason Morgan (Steve Burton) will visit “Frankendrew” in his jail cell where he will help Franco as pre-2012 Drew come to more of an understanding of what happened to him and why. Shiloh Archer (Coby Ryan McLaughlin) will continue to be a danger even behind bars, as he calls someone wanting to make an exchange, possibly for information that he thinks someone will find very interesting.

Drew will race to find Cameron Webber (William Lipton) who may have come into danger once again, either from Shiloh if he against all odds makes bail, or is it just a trap for Drew? Cameron will get swept up in Trina Robinson’s (Sydney Mikayla) enthusiasm at the end of the week, so if he was in any danger, he won’t be by Friday! Franco, thinking he’s Drew will also continue to flirt with Kim once he’s out of the pokey!

With continued flirting on the part of Frankendrew as pre-2012 Drew Cain, Kim might get swept up in she and the real Drew’s past and live it out with Frankendrew! Kim will have a heart-to-heart with Monica Quartermaine (Leslie Charleson) which might be about her plans to move away with Julian, but towards the end of the week Kim will find comfort in her past !

Lulu Falconeri (Emme Rylan) will finally come to a decision about the divorce papers she received from her absentee husband Dante Falconeri (Dominic Zamprogna) who is still in treatment for brainwashing and PTSD at a WSB facility. She will invite Robert Scorpio (Tristan Rogers) and her mother in law Olivia Falconeri Quartermaine (Lisa LoCicero) to Sonny Corinthos’ (Maurice Benard) home to update the family on what she has decided. A tearful Lulu will tell her mother in law that Dante’s not coming home, while Robert will reassure Sonny that he didn’t “break” Dante. Meanwhile, her best friend Maxie Jones (Kirsten Storms) will have ulterior motives, and they might involve trying to set up a not-yet-ready Lulu up on a date with that cute Dustin Phillips (Mark Lawson)! That situation will continue next week!

Ava Jerome’s (Maura West) life will continue to be a nightmare, and she will have nightmares as well, as her brother Julian prepares to leave her high and dry and run off to Manhattan with his girlfriend – at least as far as Ava is concerned! She will have a dream which will leave her with unanswered questions, and it sounds like it prompts her to seek professional help. Dr. Kevin Collins (Jon Lindstrom) will only want what’s best for Ava, even though after she talks to him she will still have a miserable night!

Jasper Jacks (Ingo Rademacher) and Hayden Barnes (Rebecca Budig) will continue on their mission to find something hidden at Wyndemere, as Jax defends Hayden, possibly against Liesl Obrecht’s (Kathleen Gati) accusations after she caught Hayden red-handed in Helena Cassadine’s (Constance Towers) trophy room! Obrecht will seek assistance from Maxie, possibly on how to doll up to attract Jax, who she has a huge crush on, while Hayden’s ex-fiance Dr. Hamilton Finn (Michael Easton) will be at a loss, continuing to strike out on a cure for the increasingly ill Sasha Gilmore (Sofia Mattsson)!

That’s all for this week’s Five Key Takeaways from General Hospital. Stay tuned to GH and keep checking General Hospital spoilers frequently for all the latest news, updates and developments!