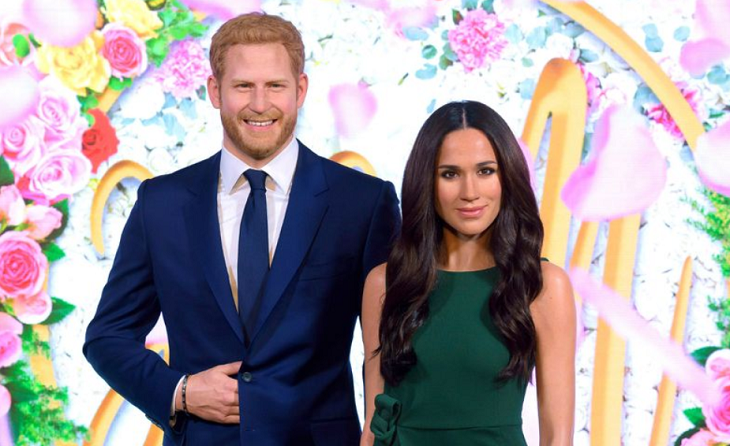 Prince Harry and Meghan Markle have split up – but it’s not what you think. Instead, the royal couple were split up by the team at Madame Tussauds, as many fans have noticed that the Duchess of Sussex was surprisingly absent from the collection of royal waxworks at their London location. Here’s what you need to know.

Apparently, Madame Tussauds thought it would be a good idea to keep Prince Harry’s wax figure with the rest of the royal family while putting Meghan Markle in the middle of her celebrity friends, including David and Victoria Beckham and Priyanka Chopra.

But for a lot of royal fans, that simply doesn’t make sense. That’s because Meghan only became a household name thanks to her relationship with Prince Harry. Before then, she was virtually unknown in the celebrity world.

Australia’s Sunrise correspondent Cath Webber even had a few things to say about the ‘split.’

“Anybody studying PR or marketing needs to take note,” Webber said, according to Express.co.u.k. “This is a great publicity stunt. She wasn’t even a wax figure until she met Prince Harry and certainly was engaged to Harry. I think it is just a political stunt, they have got the headlines around the world.

“But, did anyone know Meghan Markle, really on a global scale, from Suits? I think we all know it was dating a royal and now being in the Royal Family. It’s a bit silly but it is a great publicity stunt.”

Will Meghan Markle Ever Return To Hollywood And The Small Screen?

Needless to say, it looks like the Duke and Duchess of Sussex are doing quite fine behind closed doors at their Frogmore Cottage home. Ever since Meghan gave birth to their son Archie Harrison, Prince Harry has been beaming and smiling from ear to ear.

Now, as far as her Hollywood career is concerned, it doesn’t look like the Duchess will be returning to the small screen or the big screen for that matter.

Instead, Meghan has made it pretty clear that she would like to focus more on her royal engagements, charity work and of course public appearances. Keep up with Hollywood Hiccups for all the latest news right here.