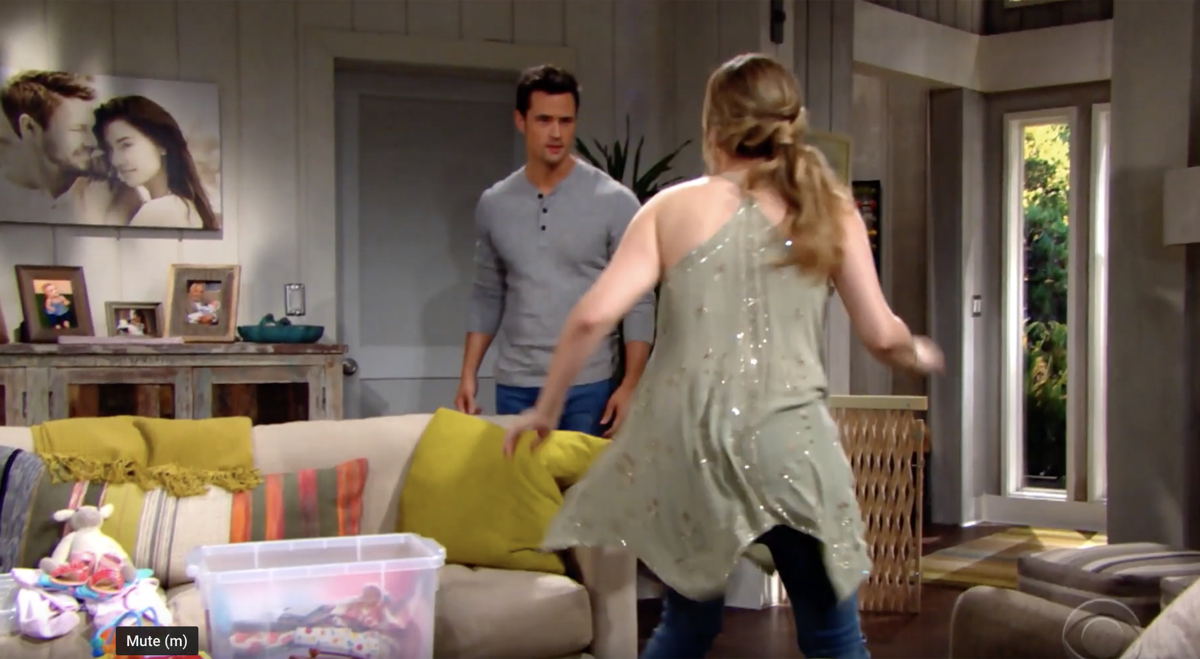 The Bold and the Beautiful (B&B) spoilers for the week of Monday, August 19 through Friday, August 23, 2019 reveal there is no hiding what Florence “Flo” Fulton (Katrina Bowden) has done and what is in store for her. Despite her mother, Shauna Fulton (Denise Richards) desperately trying to protect her daughter, Flo is feeling the full wrath of the Spencer, Logan and Forrester families.

Shauna is utterly shocked when both Ridge Forrester (Thorsten Kaye) and Brooke Logan Forrester (Katherine Kelly Lang) make sure she is punished to the fullest extent of the law. Wyatt Spencer (Darin Brooks) is extremely conflicted about what Flo has done, even though he has forgiven Sally Spectra (Courtney Hope). Is Wyatt going to defend what Flo has done?

Fans of the CBS soap opera will be pleased to know that Jeremy Ray Valdez has reprised his role of Detective Sanchez.

Ridge receives an unexpected visit from the LAPD when Detective Sanchez arrives, demanding answers about Ridge’s son, Thomas Forrester (Matthew Atkinson) and his part in the mysterious death of Emma Barber (Nia Sioux). Ridge of course will defend his son, but his wife, Brooke has no qualms about telling the entire truth; which causes serious problems in their marriage. Will Ridge and Brooke survive all the dastardly things his son has committed in the name of obsessive love?

B&B sources tease that Thomas is not done with haunting Hope Logan (Annika Noelle) and Liam Spencer (Scott Clifton) after he becomes enraged that Hope is trying to annul their marriage and remove the adoption process of her little girl, Beth. He is still determined to make things work with her and feels there is only one way to ensure she will stay with him. Hope will find herself in a precarious position when Thomas corners her at the cliff house; causing Brooke and Ridge to race over there to save her.

Thomas isn’t only enraged with Hope and Liam, he turns his anger on his very young son, Douglas (Henry Joseph Samiri); the one who revealed the entire truth to Liam, Hope and Steffy Forrester (Jacqueline MacInnes Wood) about baby Phoebe really being baby Beth. Who will come to the rescue of his young son?

In other Bold and the Beautiful spoilers, Ridge is distraught over his children’s lives and how messy it is for them right now; finding comfort in Brooke’s arms. It is unfortunate for them that they are on opposing sides when it comes to what Thomas has done; causing great distress for the couple. Could Thomas’ actions and their devotion to their children cause the end of their marriage?

Be sure to tune into CBS’ The Bold and the Beautiful (B&B) on Monday, august 19, 2019 to catch u-p on all the exciting storylines unfolding right now. Check Hollywood Hiccups often for updates, news, rumors and spoilers!