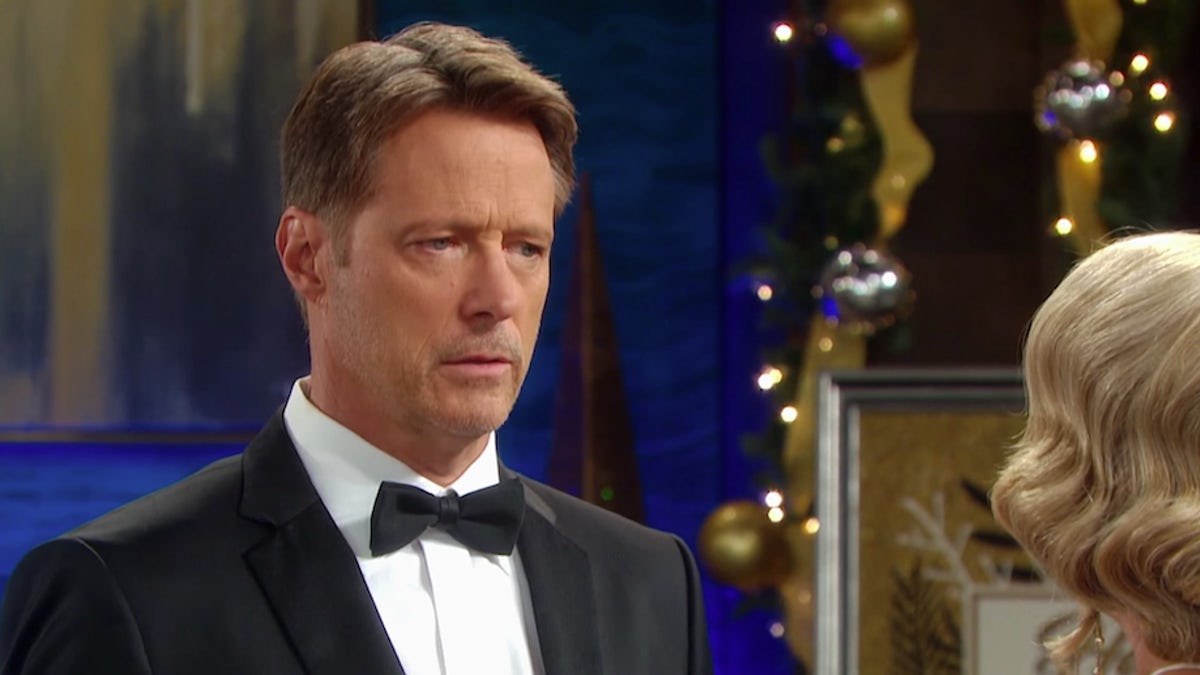 Days of Our Lives spoilers reveal Jack Deveraux is going through a lot since his split with Eve Donovan (Kassie DePaiva). In the latest issue of Soap Opera Digest, actor Matthew Ashford discussed the storyline. He talked about how Jack is really dealing with his wife betraying him in such an epic way.

When Jack turned up in Salem alive and well, everyone was shocked. He died years earlier, but here he was, alive in the flesh. It created a long storyline about a magical serum created by Dr. Rolf (William Utay). It also set up the plot that Eve hasn’t changed for the better. In fact, this must be one of the worst things she has ever done.

Days of Our Lives Spoilers – Jack and Eve

Days of Our Lives spoilers reveal Jack really thought Eve was in his corner. He believed she genuinely wanted to help him. As a result, he accepted all the lies she told him. This includes the lie about the serum.

It is true that Dr. Rolf created a serum that could bring back Jack’s memories. However, it comes with major risks. Just look what happened to Will Horton (Chandler Massey), who ended up with a brain tumor.

However, Eve lied to Jack. She eventually injected him with a substance, but it wasn’t the serum. It was just sugar water, another manipulation tactic to keep him in the dark. Instead of thinking what was best for Jack, she was only thinking about herself. She didn’t even stop to consider the other lives that are impacted, including Jack’s children, JJ (Casey Moss) and Abigail (Kate Mansi). He also has a grandson that he doesn’t even know.

Days of Our Lives Spoilers – Will Jack Deveraux Ever Trust Anyone Again?

In the latest issue of Soap Opera Digest, Matthew Ashford discussed how Jack is dealing with Eve’s betrayal.

“Jack’s destroyed. He thought he was building something and building it with Eve and ignored all the warning signs around him. It was all a dream, a mirage, and it’s come crashing down.”

It seems that this could affect Jack’s future relationships, though. He has been lied to and manipulated in the worst possible way. Although fans hope Jack and Jennifer (Melissa Reeves) might reconnect, Eve’s actions could affect his willingness to trust someone… even if that person is his one true love.