Days Of Our Lives Spoilers: Will Stefan And Gabi Finally Admit They Love One Another? 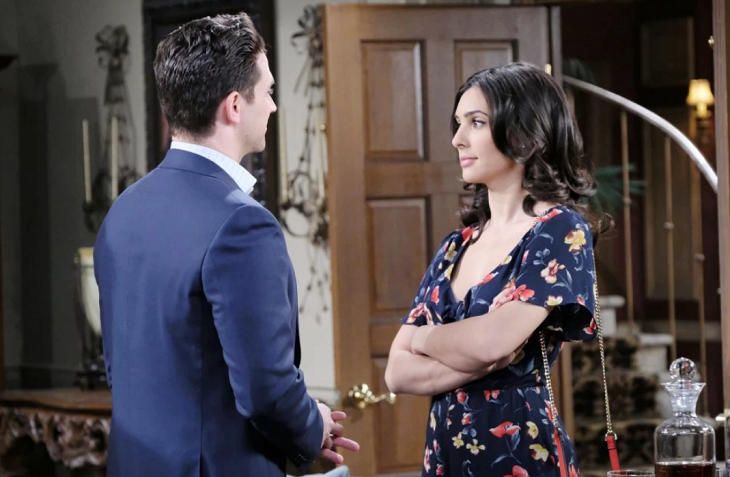 Days of Our Lives spoilers tease Stefan DiMera (Brandon Barash) and Gabi Hernandez (Camila Banus) give in to temptation. Will “Stabi” finally admit to their real feelings, that they are in love? Or will their volatile history create more chaos and drama?

The Latina fashionista went to prison. She was attacked while on the inside, which resulted in permanent damage to her body. She has never forgiven Stefan for it and has always wanted revenge.

Days of Our Lives spoilers have been teasing a love/hate relationship between the two. They despise one another, but at the same time, can’t keep their hands off of each other. Gabi thought she was in control of her revenge plan.

However, she has real feelings for Stefan. Even though he has admitted to caring for her, Gabi isn’t quite ready to accept her own feelings, even to herself.

Just recently, Gabi convinced Stefan to marry her. The plan was to give her control of everything, including power of attorney, his company and the DiMera mansion. Immediately after being named CEO, she kicked him out. Then, he was arrested for Ted’s (Gilles Marini) murder, even though he was innocent. Out of jail, he confronted Gabi and put her on notice.

Days Of Our Lives Spoilers – What Does The Future Hold For Stabi?

Days of Our Lives spoilers reveal that the two will finally give in once again to their feelings. It is suggested that not only will it be a physical connection, but an emotional one as well. Will they finally admit the truth to one another? That they are in love?

Fans will have to keep watching to find out what happens next with Stefan and Gabi on DOOL. One thing is for certain though, they have a passion and chemistry that makes the NBC soap opera exciting to watch again.