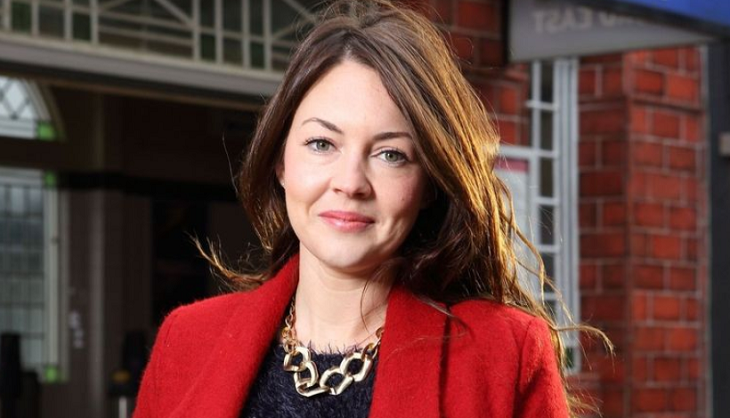 Lacey Turner returned to “EastEnders” four weeks after giving birth to her daughter Dusty Rose. However, the actress is still on maternity leave. She just returned to the show to shoot a few scenes as Stacey Fowler for one episode.

Stacey is currently on the run with Martin Fowler (Jon Peyton-Price) after she hit Phil Mitchell (Steve McFadden) over the head and left him for dead.

Viewers can expect to see Turner’s alter ego embroiled in intense scenes as Phil get closer to discovering the truth about his brutal attack. The scenes that Turner filmed are scheduled to air in November.

A source revealed that Turner’s comeback will be gradual. “Initially, it will be a short stint to reintroduce the character, and then she’ll be back full-time a few months later.”

Turner is “over the moon” after giving birth to her first child, Dusty Rose, with Matt Kay. The actress has openly talked about her previous miscarriages and when she knew that she’s pregnant earlier this year, she was filled with joy.

“I can’t wait to nurture our baby – we’ve dreamed of having a family for so long,” she said. “When you’ve lost babies all you care about is the heartbeat – we’ve had about 12 scans.” She also feared that she may have done something wrong, which caused the miscarriage. “I thought what did I do? You sort of think, was my steak not cooked properly or did I lift the box? You drive yourself insane about all these things you might have done.”

EastEnders News – Phil Mitchell Determined To Find Out Who Attacked Him

Viewers may recall that Phil has been released from the hospital, and he is hell bent in finding out who attacked him. Ben Mitchell (Max Bowden) was the first person he asked.

Even if Ben organized a surprise welcome home party for him, Phil still confronted him about his argument with Jay Brown (Jamie Borthwick) back in the hospital. Shocked that Phil remembered the incident, Ben denied that it took place. Unfortunately, Phil wasn’t convinced and headed off to confront Jay, instead.

Later Phil revealed to Shirley Carter (Linda Henry) that he remembered something from the night of the attack. On the next scene, Phil was seen waiting for Kat in her kitchen. Did Phil recall Kat’s involvement that night? Will Kat come clean? Phil will continue his mission to find answers about what really happened that night. AS he gets closer to uncovering the truth, all those involved will begin to fear the worst.