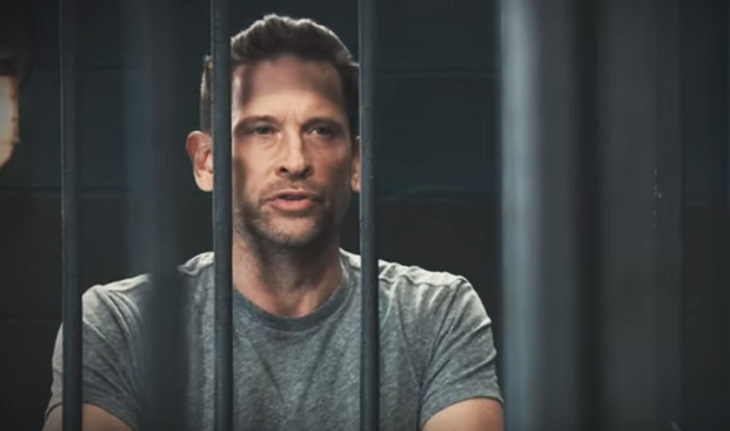 “General Hospital” spoilers for Tuesday, August 20, tease that Hayden Barnes (Rebecca Budig) will fill Jasper “Jax” Jacks (Ingo Rademacher) in on a snag. She’ll admit there’s been a complication in their plan, so Jax will have to keep their end of a bargain Hayden made. Jax should be miffed when he realizes that means he’ll be going out to dinner with Liesl Obrecht (Kathleen Gati).

Maxie Jones (Kirsten Storms) will be stunned by the news as well. It looks like Liesl will seek Maxie’s help as she prepares for her big night. Maxie will wonder why Jax would be going on a date with Liesl, but she may pass along some style and beauty tips anyway. Over with Peter August (Wes Ramsey), he’ll get a troubling phone call. Whatever Peter learns could leave him a bit shaken.

At GH, Kim Nero (Tamara Braun) will explain her decision to Monica Quartermaine (Leslie Charleson). She’ll turn in her notice and insist it’s time for her to leave town. Kim can’t handle being in Port Charles with all these Oscar Nero Quartermaine (Garren Stitt) memories. She’ll hope Monica will understand, and Monica certainly will. As much as she’ll hate to see Kim go, Monica will get why Kim feels this is the right call.

Other “General Hospital” spoilers say Scott Baldwin (Kin Shriner) will reconvene with Drew Cain (Billy Miller). Curtis Ashford (Donnell Turner) will join their conversation as they ponder what’s next. Scott will think he has some workaround to deal with Franco Baldwin (Roger Howarth), but he won’t think Franco’s going to like it much!

In lockup, Franco will get a warning from Shiloh Archer (Coby Ryan McLaughlin). Shiloh offered to give Franco the name of Helena Cassadine’s (Constance Towers) accomplice, but he wants the location of his money in exchange. Since Franco shut him down, Shiloh will contend that he’s making a mistake. He’ll allude to there being so much more that Franco doesn’t know.

Shiloh will likely warn that Franco’s going to regret passing up this opportunity. He might advise Franco to mull it over and reach a better choice. Across town, Josslyn Jacks (Eden McCoy) will stun Carly Corinthos (Laura Wright) with an idea. She’ll ask if maybe they should just forget school altogether, but she’ll probably mean sending Dev Cerci (Ashton Arbab) to his new classes.

Regular school isn’t Dev’s thing, but he still has plenty of knowledge. He picked up a lot on his own, so Joss may think they should let Dev keep doing his thing. Carly should dismiss that plan, but she might appreciate the fact that Josslyn cares about what’s best for Dev. Even so, Carly should disagree about what that is and insist school’s in Dev’s future.

Finally, Sonny will ask Jason Morgan (Steve Burton) how their new hire’s doing. He’ll hope Dev hasn’t caused any issues, and it doesn’t look like he has…yet. Jason may still be concerned about Dev bringing Corinthos clan chaos down the road.