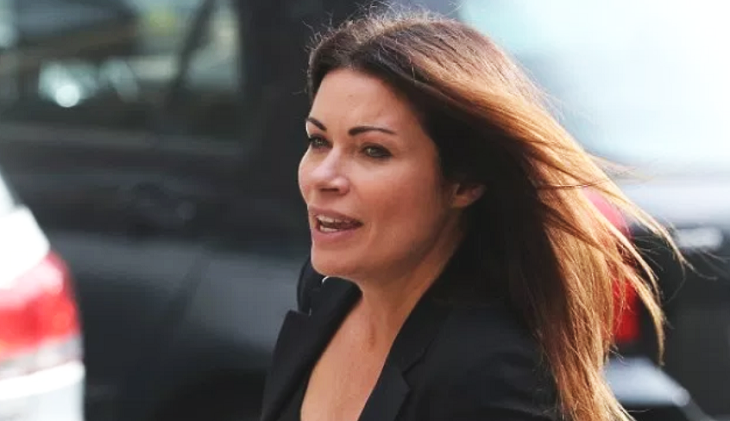 Coronation Street star Alison King (Carla Connor) is sharing some very exciting news with her fans! Even though her character has been put through the ringer in front of the cameras, it looks like Alison’s personal life is way different than her alter-ego on the small screen. Here’s what you need to know.

According to Britain’s Metro.co.uk, it’s been revealed that Alison is now engaged to her long-term partner. While this is very exciting news for the 45-year-old actress, she’s declined to make any comments about the matter. In fact, not much is known about her partner.

Even though she’s one of the biggest stars in the British soap world, she’s managed to keep her relationship well under the radar with her new fiancé. However, a source close to the actress did say that she is over the moon happy with the excitement.

“Ali has obviously endured heartache in the past,” the insider said. “But she is hoping those days are now firmly behind her. She is very excited about what the future holds.”

As many fans know, Alison was previously engaged to Coronation Street sound technician Adam Huckett but unfortunately that relationship did not end well. The couple ended things back in 2012 but continue to co-parent their daughter together.

Meanwhile, Alison’s Coronation Street co-stars are very excited about her engagement. One source behind the scenes even said, “Ali is so popular with everyone on the cobbles. They think it’s wonderful. The engagement is a lovely surprise. Ali is over the moon.”

Robert has been trying to his romance with Vicky well hidden, despite the fact that he’s also planning a wedding to Michelle Connor (Kym Marsh). Seeing how Vicky is pregnant, this won’t end well at all.

Carla is determined to save her friend from any heartache and of course, make sure that Robert gets what he deserves for his two-timing ways. Fans will have to tune in for all of the action!