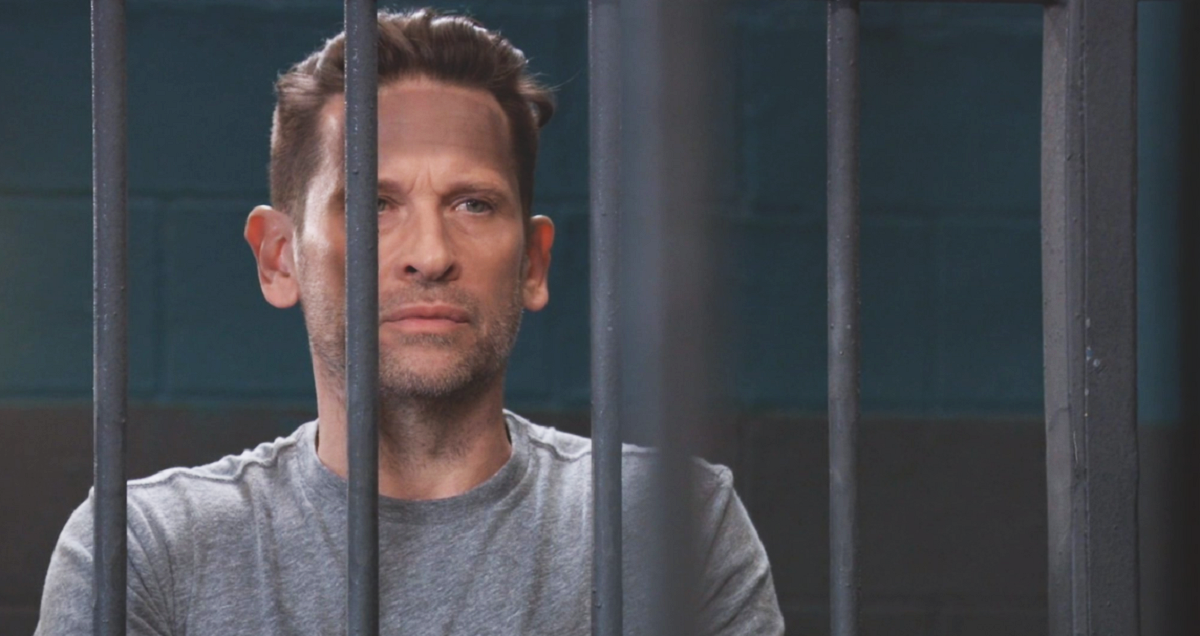 General Hospital spoilers tease that the United States Government, the Pentagon, or NCIS (Navy Criminal Investigative Service) may come looking for Franco Baldwin (Roger Howarth) soon, as having the memories of a Navy Seal while not actually being a Navy Seal could be considered a security risk!

Of course, as General Hospital viewers already know, Franco is a victim, albeit a willing one. He took Cameron Webber’s (William Lipton) place after finding him kidnapped by Shiloh Archer, (Coby Ryan McLaughlin) with the intentions of having Dr. Arthur Cabot (Time Winters) implant Drew Cain’s (Billy Miller) pre-2012 memories in his brain. Instead, Franco has Drew’s memories in his brain, plus Drew’s pre-2012 personality.

A Navy seal has many state secrets he must swear not to divulge to improper or unauthorized individuals. Usually these secrets are related to Navy business such as secret missions and campaigns, especially in wartime but sometimes outside of wars. For instance, a specialized group of Navy Seals were tasked with finding and taking down the late terrorist Osama Bin Laden, a mission which took many years to complete.

General Hospital Spoilers – Any Kinds Of Hints Can Compromise A Mission

If one of those Navy Seals had even hinted that was what they were doing, or hinted of where they were geographically, that mission could have been compromised and Bin Laden would still be free and moving around like the fugitive he was! Franco, now having Drew’s memories prior to 2012, would have a lot of secrets that only Drew himself should have!

If General Hospital writers did decide to go this route eventually, there may be a silver lining. Many US Government entities and military entities such as the FBI, the CIA, and all branches of the military have at time engaged in mind control techniques and experiments.

It has been revealed that in the 1950s the CIA, through Project MKUltra, were responsible for the invention of LSD and other substances used in mind control studies and actually given to individuals in experimental procedures.

The questionable program and its studies continued in the 1960s as MKSearch. In spite of denials by the CIA, these types of studies may still continue today under top-secret acronyms although the test subjects are likely volunteers.