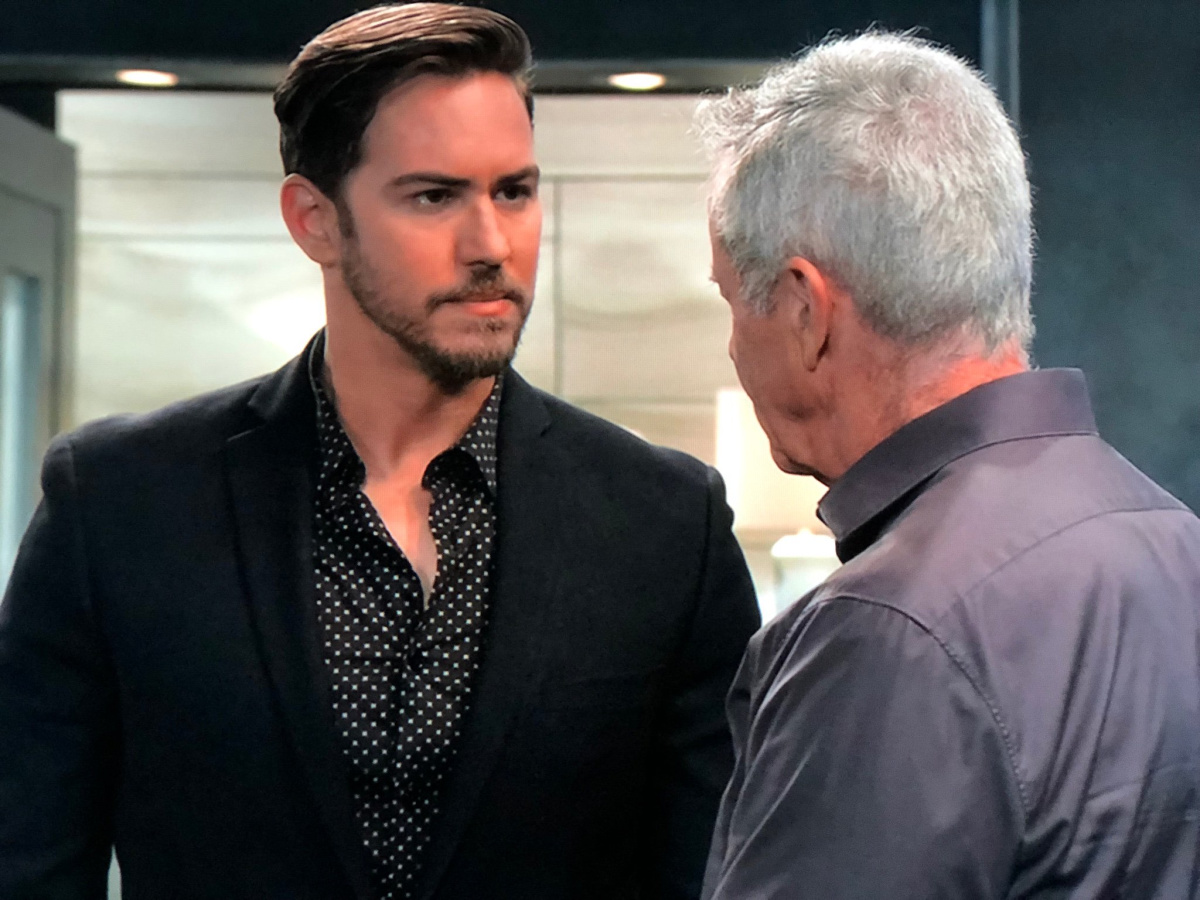 General Hospital viewers will recall that Maxie Jones (Kirsten Storms) and Peter saw Frankendrew in all his belligerence first-hand up close and personal at the Floating Rib in Thursday, August 15th’s episode of General Hospital. As pre-2012 Drew, Franco doesn’t know who he really is, only who Drew is.

It is possible that since pre-2012 Franco was a serial killer, that pre-2012 Drew might recognize him from the news and that’s why he does not want to be called by the name Franco! Perhaps “Bobby” or “Robert” might be more acceptable, once someone, preferably Drew Cain himself tells him about their childhood history together?

However, even pre-2012 Drew might have been too young to remember “Bobby” and their time as foster brothers in their childhood! It is also possible he won’t want to remember hiding from Jim Harvey (Greg Evigan) and falling down those basement stairs!

It was obvious to General Hospital viewers that Peter felt very guilty about what he recognized had happened to Franco, and told Maxie that he had, in the past, used the flash drive with Drew’s memories as leverage.

Maxie told him he needed to forgive himself and that the past was the past and that he is not responsible for someone using the drive on Franco. Peter will want to contact whoever he knows that was involved in the original memory transfer between Jason Morgan (Steve Burton) and Drew Cain to try to get Franco restored to the original Franco!

As General Hospital viewers know, Dr. Andre Maddox (Anthony Montgomery) was the main person involved in the memory mapping between Jason and Drew, but there may be others involved that Peter is aware of. Peter will want to reach out to anyone he can whether he has been in recent contact or not, and he will want to find the ones who are best at what they do.

Since he knows that Franco could be left in a vegetative state, if only Drew’s pre-2012 memories are extracted; General Hospital viewers will recall that the reason Peter’s father, Cesar Faison (Anders Hove) tried to kill Jason Morgan was because the memory transfer didn’t go both ways and Jason was useless to him, since he and Helena Cassadine (Constance Towers) could not control Jason.

However, they could control Drew, who successfully received Jason’s memories and Helena had another device put in Drew’s brain to control him as her “toy soldier” and that device was removed by Dr. Patrick Drake (Jason Thompson) once Drew was rescued by Dr. Robin Scorpio-Drake (Kimberly McCullough) who had assumed he was Jason, not knowing Jason had a twin.

Drew was in stasis and Robin had to resurrect him so there is a high probability that there were problems in the procedure on Drew’s end as well. Peter likely knows about all that and so will want to prevent any harm to Franco.

Hopefully, Peter will be able to assist and Franco will come back to being Franco, once he divulges the pre-2012 Drew memories needed to end the reign of Shiloh Archer (Coby Ryan McLaughlin)! Stay tuned to General Hospital and keep checking General Hospital spoilers frequently for all the latest news, updates and developments!