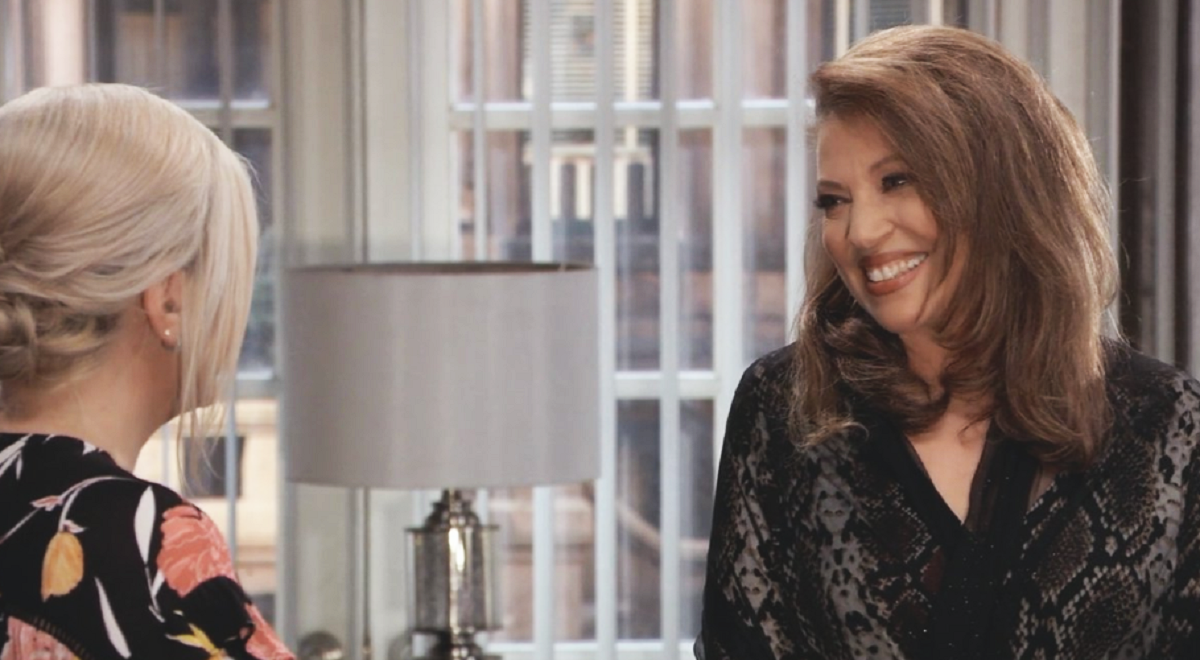 General Hospital (GH) recap for Tuesday, August 20, reveals Jason Morgan (Steve Burton) says they have had three late deliveries and he wants to know why. Sonny Corinthos (Maurice Benard) stops by and asks how his new hire is doing. Sonny asks how Franco is, and Jason offers an update.

Dev comes to work late, and Sonny is annoyed. Jason tells Dev to get his assignment from the foreman and tells him he needs to stop trying to take short cuts and put in the work. Jason tells Dev he hasn’t done much to prove himself. The warehouse manager is getting ready to leave to deposit money after picking up the extra cash. The manager tells Jason the deposit is missing.

General Hospital’s Dev Corbin (Ashton Arbab) is at the Metrocourt getting his severance pay. Dev can’t wait to learn everything Sonny has to teach him. Hayden Barnes (Rebecca Budig) joins Josslyn Jacks (Eden McCoy) and Jasper Jacks (Ingo Rademacher). Hayden informs Jax that its time for him to do damage control. Liesl Obrecht (Kathleen Gati) joins Jax, and he wants to discuss Valentin. Liesl wants to get to know Jax better. Carly tells Liesl what happened to Franco and she rushes to him.

General Hospital’s Joss tells Carly that Jax has been asking questions about Dev. Carly watches Jax with Liesl and questions why she is there. Joss wants to find a tutor or home-school instead of going back to school. Carly tells her that dropping out is not an option. Carly goes to find out what is going on with Jax and Liesl. Sonny promises Joss if she tries school this year, and it doesn’t work out, they will find a better situation for her.

General Hospital’s Maxie West (Kirsten Storms) and Peter August (Wes Ramsey) are talking about Franco Baldwin’s situation when Liesl Obrecht interrupts. Maxie offers to find Liesl another dress to wear on her date. Liesl says she and Jax have a little bit in common. She asks Maxie if she is wasting her time. Maxie advises Liesl to enjoy her lunch. Maxie threatens Hayden if she hurts Liesl.

Hayden tells Maxie she should get her MBA and possibly have her own magazine. Peter asks if Maxie has lost her mind. He tells Maxie she has gotten too used to being number two. Peter can see Maxie doing anything she sets her mind to and does it. Maxie tells Peter she could not run Crimson on her own. Shiloh calls Peter and wants to talk.

Guards arrive to take Shiloh to Pentonville. Scott Baldwin (Kin Shriner) has made a deal so that Franco has to wear an ankle monitor to stay in town. Franco agrees to work with Drew if he tells him everything about Oscar.

General Hospital’s Kim Nero stops by Monica Quartermaine’s office. Kim and Monica talk about Franco. Kim says everything is familiar. Kim tells Monica about the kiss. Monica seems to suggest that Kim let Franco stay with her. Monica says Kim is the only familiar face that Franco knows. Kim could persuade Franco to stay here and get help.

General Hospital Spoilers – Franco Baldwin Knows Where The Money Is

Monica wants to learn about Drew’s childhood from Franco. Monica continues to try to talk Kim into staying in Port Charles and helping Franco. Kim says Franco cannot stay in town because of her. Kim tells Monica she has wondered what if for years, it’s too late now. Kim says, you do what you have to to hold on to your family. Kim leaves and runs into Franco. Franco wants to talk to Kim.

General Hospital’s Drew Cain (Billy Miller) and Curtis Ashford (Donnell Turner) arrive at the PCPD and ask about Franco. Drew is sure Franco will leave town. Shiloh tells Drew he just had a conversation with the old Drew, a man he can deal with, unlike him.

Scott wants to know what Drew is going to do to make this up to Franco. Curtis explains to him that they are trying to find Andre to see if he can fix it. Drew tells Franco what kind of man Shiloh is and wants to know about Afghanistan after showing Franco pictures of Oscar. Drew should have killed Shiloh when he had the chance. Franco tells Drew where the money is.