The Bold and the Beautiful Spoilers: Wednesday, August 21 – Thomas Rages After Learning About The Annulment – Brooke & Liam Worry About Hope 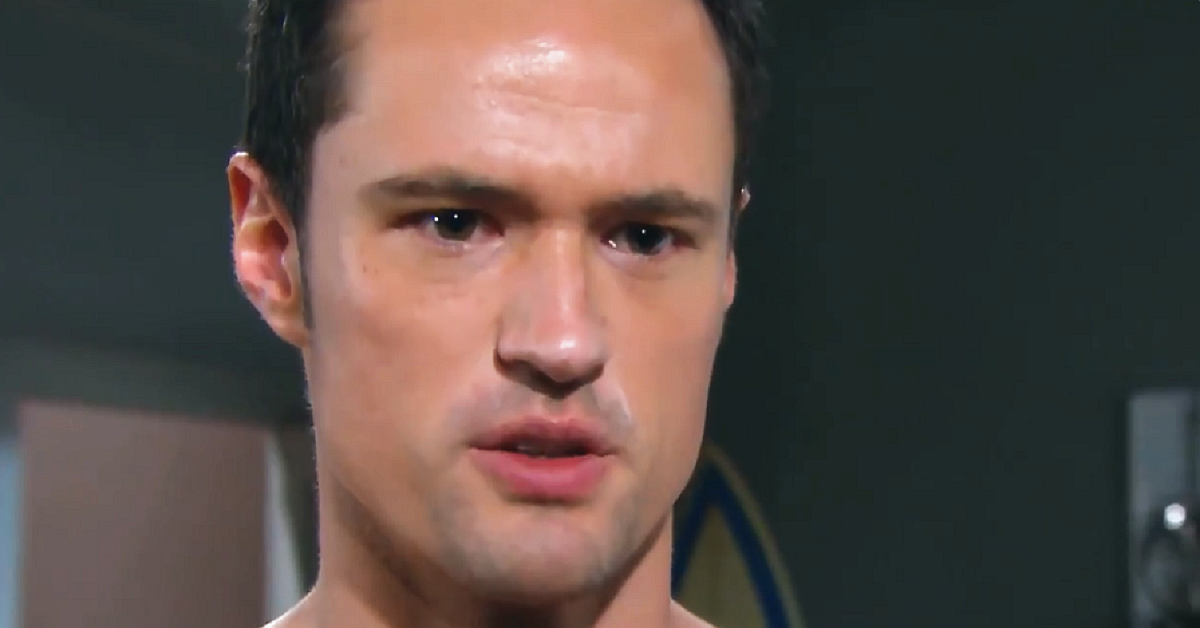 The Bold and the Beautiful spoilers for Wednesday, August 21, tease that Thomas Forrester (Matthew Atkinson) will be at his wit’s end. As B&B viewers know, Thomas has been off-the-rails angry and agitated in recent days. Ever since the big showdown between himself and Liam Spencer (Scott Clifton) at Forrester Creations a few days ago, Thomas has been in hiding with his friend Vincent Walker (Joe LoCicero). He’s been trying to figure out a way to get Hope Logan (Annika Noelle) back, and he’s starting to obsess over it.

Unfortunately, it looks like Vincent’s efforts to calm Thomas down aren’t working. Thomas is growing angrier by the minute, as he keeps thinking about Hope being reunited with Beth Spencer (River Davidson and Madeline Valdez) and Liam. He can’t stand the thought of Hope being with Liam, and he’s feeling jealous and resentful.

Worse, Thomas is starting to rant and rave and say extremely troubling things, like referring to Hope as being “his” and how he vowed to be married to her “until death do us part.” He has stated that he needs to get Hope away from Liam any way that he can, which doesn’t sound good at all.

According to B&B spoilers, on Wednesday’s episode, Thomas will learn about Hope’s plan to annul their marriage. As B&B viewers know, Hope asked Justin Barber (Aaron D. Spears) to handle the annulment and to put it on a fast track. Perhaps Justin will contact Thomas about the annulment or leave a message with his lawyer. At any rate, Thomas will find out about it, and he’ll hit the roof.

Thomas will probably blame Liam for the whole thing, and he might even persist in blaming his own son Douglas Forrester (Henry Joseph Samiri) for the situation as well. Thomas seems to blame everyone else for the problems he causes, so he’ll likely rant and rave once he hears the news about the annulment.

It appears that Thomas will contact Hope and rail against her over the annulment, but she’ll fire back that it’s going to happen and that their marriage is over for good. She may even let Thomas know about her intention to get on with her life with her daughter, whom Thomas tried to keep from her. None of this will go over well with Thomas, who might just make a threat or two.

Bold And The Beautiful Spoilers – What Is Thomas Forrester Capable Of?

Meanwhile, on Wednesday’s new episode of B&B, Liam and Brooke Forrester (Katherine Kelly Lang) will spend some time together. Of course, Brooke now knows that Detective Alex Sanchez (Jeremy Ray Valdez) has re-opened the investigation into Emma Barber’s (Nia Sioux) death, and that Thomas is a key person of interest in that investigation. She’s worried that Thomas could be a danger to Hope, much in the way he was to Emma.

As B&B viewers know, Thomas didn’t outright murder Emma, but he was intent on stopping her from telling Hope about Beth any way he had to, and he did contribute to the accident. Plus, he didn’t even try to offer Emma assistance after the accident occurred. All of this will bother Brooke, and it looks like she’ll share her concerns with Liam.

Of course, Liam has his own reasons to be worried about Thomas, since Thomas violently attacked him at Forrester Creations. And given that Liam will know about Thomas’ phone call to Hope and his increasing anger over learning about the annulment, that will cause him to worry even more. He may decide to keep a close eye on Hope from now on, and Brooke may want to increase security at the mansion and the cabin.