Young And The Restless Poll: Should Sharon Marry Rey Or Adam? Vote Now! 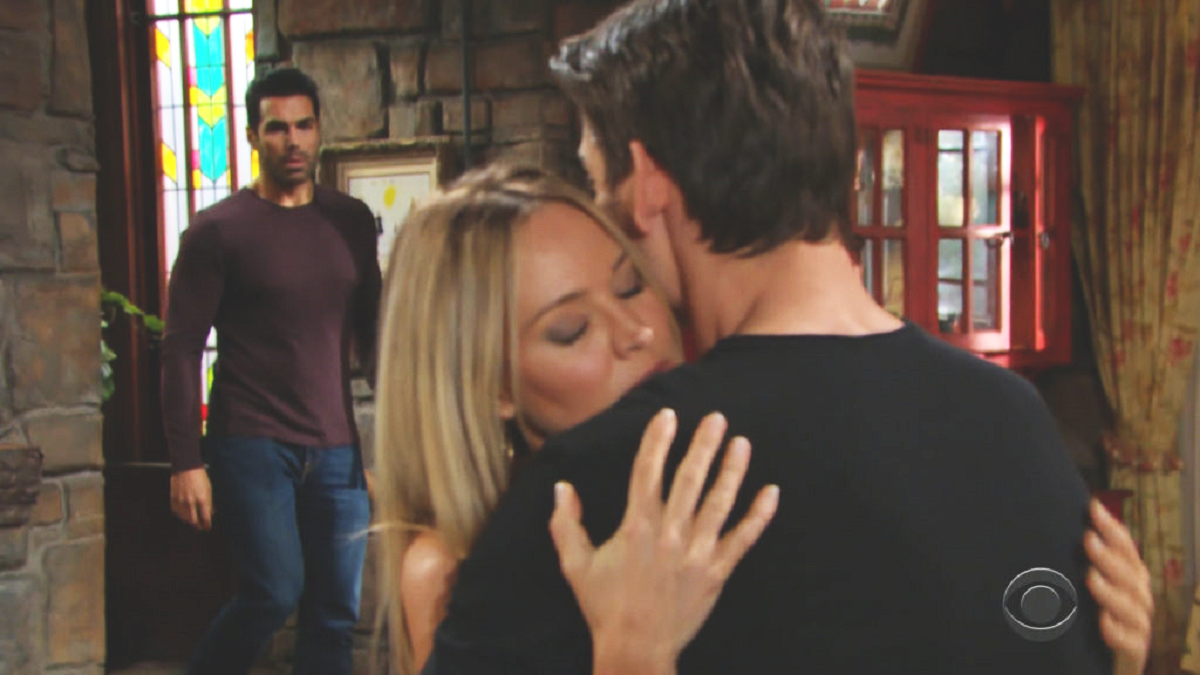 In light of the ‘Kola’ nuptials on ‘The Young and the Restless’, another proposed wedding is considered. Should Sharon Newman (Sharon Case) marry Rey Rosales (Jordi Vilasuso) or Adam Newman (Mark Grossman)?

Rey demonstrated deep compassion in supporting his own brother, Arturo Rosales (Jason Canela) and ex-wife, Mia Rosales (Noemi Gonzalez), after they wronged him, again. Rey is also committed to enforcing the law and recently returned to work for Paul Williams (Doug Davidson).

Adam’s interactions with his family members could best be described as colorful. He also sees the law as a fluid reality that can be creatively handled. Yes, there is a bright contrast between the men who say they love Sharon.

Like numerous characters on Y&R, Sharon’s many relationships haven’t lasted. So, if she agrees to another committed one she should toward a ceremony where the ring fits best. How long marriage number whatever lasts is a different issue.

At this point in her life Sharon is able to stand on her own financially. Her only non-adult child, Faith Newman (Alyvia Alyn Lind), has a solid father and hasn’t needed another father-like figure, as she’s been sporadically seen during the past year-plus.

The consideration Sharon may want to make involves who she loves more. On that account Rey and Adam bring different personality aspects to her table at the cottage.

Young And The Restless Spoilers – Rey Rosales Projects A Stability

If Sharon is betting on who would be the more stable person, then Rey is likely that guy. The drama he’s faced since moving to Genoa City, Wisconsin, last summer was mostly about Mia and Arturo, rather than instability within himself.

The profession Rey has reentered does involve plenty of time away from home. In choosing to defend society, Rey sacrifices the routine and general safety of a regular job. That choice could create issues, as ‘Shey’ wouldn’t have a significant personal-work balance.

It’s challenging to fully prove that Dylan McAvoy’s (Steve Burton) similarly dangerous career was in some way responsible for Sharon’s veer off-course. But it is worth noting that Rey’s job and all that comes with it would make Rey’s work efforts comparable to Dylan’s than whatever it is that Adam does.

Young And The Restless Spoilers – Adam Newman Is An Enticing Prospect

There are various people, like Victor Newman (Eric Braeden), Nick Newman (Joshua Morrow), Chelsea Boudreau (Melissa Claire Egan), Vickie Newman (Amelia Heinle), Billy Abbott (Jason Thompson), Michael Baldwin (Christian Le Blanc), and this list could on, who would choose a different adjective to describe the noun that Adam represents. But Sharon often hasn’t been one of the people in that group.

It’s true that she recently told Adam off. That happened shortly after the romantically reconnected. Yet, he’s about to pop the question to her. That could compel Rey to do the same in the near future and so the poll question exists.

Fans of ‘The Young and the Restless’ rightfully express their opinions on a regular basis. So, should Sharon marry Rey or Adam? Please vote in our poll below!