Bold And The Beautiful News: Don Diamont Opens Up About His Craziest Scene 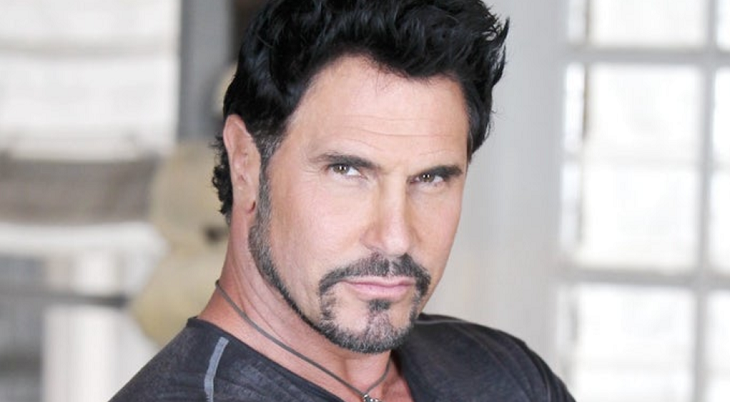 Don Diamont is a veteran when it comes to daytime soaps and during that time, he has put in many amazing performances. But just like every other actor out there, Diamont has also had his share of crazy scenes.

The craziest scene he referred to was when his Y&R character Brad Carlton proposed to Ashley Abbott (Brenda Epperson) by belting a rap song called “When Will She Say Yes?” He admitted that he struggled to film the scene with a straight face.

“Oh my god, I was in a cold sweat at the time. I read it in the script and was like, ‘Wait… I’m doing what?!’,” he recalled. Although the scene was too cheezy for him, the actor gave it his all.

“I was like, ‘All right, let’s jump in with both feet! Give me the chains! Give me the M.C. Hammer pants! At heart, I really am an idiot after all. So while I was initially petrified of that scene, I decided, ‘Oh, to hell with it. I’m going to have fun!’ I have not thought about that scene in years!”

As for Bill Spencer on the Bold and the Beautiful, viewers can expect many intense scenes coming up involving Diamont. He’ll have something in store for all those who have taken part in the baby swap scheme. Everyone knows that Bill is not the kind of person who will just let something like this slide.

Last week, viewers were treated to Bill spending some warm moments with his granddaughter Beth Spencer (River Davidson and Madeline Valdez) for the first time. Bill and Liam Spencer (Scott Clifton) are on good terms for now, and he wanted to make sure that Liam knows he’s happy for him.

Although he’s ecstatic for Hope Logan (Annika Noelle), he also can’t help but feel sorry for Steffy Forrester (Jacqueline MacInnes Wood). Along with Bill, Hope and Liam want someone to pay for everything they’ve been through and that would very well be Florence “Flo” Fulton (Katrina Bowden).

Be sure to tune into CBS’ The Bold and the Beautiful (B&B) to catch up on all the exciting storylines unfolding right now. Check Hollywood Hiccups often for updates, news, rumors and spoilers!