Days of Our Lives Spoilers: Xander Confesses Truth, Names Kristen as His Partner in Crime 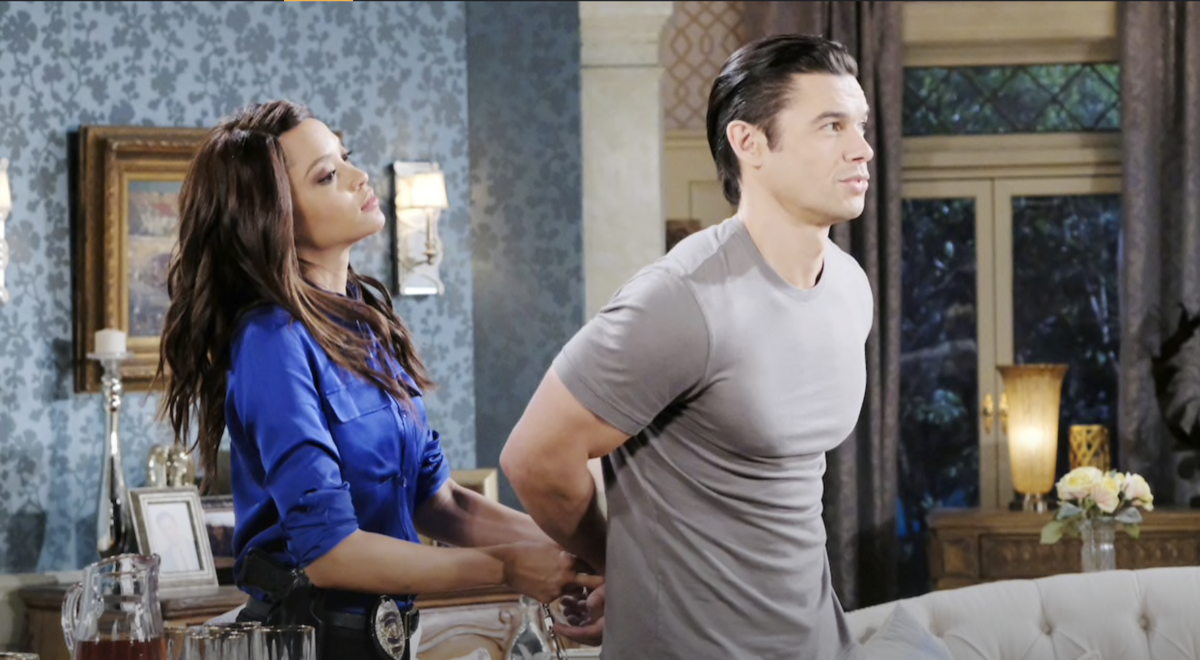 Days of Our Lives spoilers tease Xander Cook (Paul Telfer) won’t keep Kristen DiMera’s (Stacy Haiduk) secret for much longer. He is under too much pressure and it’s coming from multiple sources. Find out what happens when he is finally compelled to reveal Kristen as his partner in crime.

When the two villains returned to Salem, they were working together. Even though the two eventually parted ways, Xander is still on Kristen’s payroll. She needs to keep paying him in order to keep him quiet. She isn’t ready for the truth to come out, at least not yet. She hasn’t gotten what she wants yet, which is being CEO of DiMera Enterprises.

Days of Our Lives spoilers reveal more people are looking closely at Xander. This heat has intensified since Ted’s (Gilles Marini) death. People want answers, especially Hope Brady (Kristian Alfonso). This leads to John (Drake Hogestyn) looking at Xander’s activities. However, this isn’t the only Salemite that is putting pressure on Xander.

Days of Our Lives Spoilers – The Investigation

Besides John and Hope, Ben Weston (Robert Scott Wilson) and Ciara Brady (Victoria Konefal) are also looking into Ted’s death. It was a request from Stefan DiMera (Brandon Barash,) who is accused of killing the attorney.

Will Horton (Chandler Massey) and Sonny Kiriakis (Freddie Smith) are also conducting their own investigation. This leads them to break into Xander’s secret box, which likely holds a lot of incriminating evidence. It is suggested that this is how Xander being on Kristen’s payroll is revealed. This leads to Eli Grant (Lamon Archey) getting a surprise phone call during the “Jarlena” party.

Days of Our Lives Spoilers – The Truth is Revealed

According to the latest issue of Soap Opera Digest, the news travels fast. Once Eli gets that phone call, John and Hope have what they need that explains everything. John gets really angry and confronts “Nicole.” The two argue and John ends up pulling her hair. When this happens, “Nicole” is finally unmasked.

Even though one secret is out, now the town will have to deal with the aftermath. How will this affect the rest of the Salemites? Keep watching the NBC soap opera to find out.